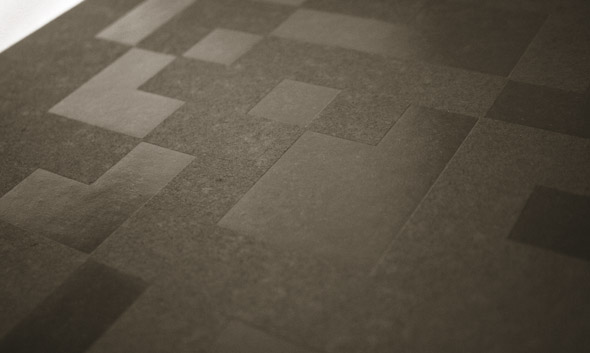 Exai is not an easy record. Across its two hours Sean Booth and Rob Brown’s eulogy to dying machines clanks and pounds like the engine room of a coal-powered ocean liner. Alien sounds emerge through smoke in fleeting clarity, then dissolve back into ether. It takes concentration to peer through the miasma, to gradually make out shapes and sounds and grow slightly more accustomed to Exai’s peculiar landscape without bumping into things. It’s an album that demands, and rewards, the attentive listener.

But isn’t that always the way with Autechre? In a perma-soundtracked world, where music is too often relegated to wallpaper for bus journeys and trips to the supermarket, records that demand utter focus are rare and delicate things. Well, perhaps delicate isn’t entirely fitting here. Exai is tough, a different beast to 2010’s Oversteps, whose organic bubbling made even the pair’s most abstract rhythms seem enveloping. Here Autechre chart more abrasive territory; shrieks of rusty metal peal through clouds of reverb and digital static, drums spit and snarl as though straining at a leash.

It’s dense, and occasionally even unpleasant, but Exai’s beauty lies in the sounds between sounds – the third melody in the space between lead and rhythm. It’s the patterns that wind between the off-step kicks of “prac-f” and its ringing synths, or the moments in “irlite (get 0)” where a cloud of fizzing noise gradually coalesces – the drums fall into place and bells ring out a melody that, compared to the bleakness of its surroundings could almost pass for euphoric. You need to work hard to get to these moments, but when they do appear they’re all the more stunning for it.

It’s part of the reason the record goes on so long. A two-hour double-disc of microscopically detailed burbles and clangs is a knackering experience, but it’s necessary for Autechre to explore their tracks symphonically. “T ess xi”, an interlude of lightness that breaks down into chuntering kick drums and sopping analogue rolls, pushing a simple breakbeat and pad wash until they nearly snap, holding them just recognisable. Similarly “nodezsh” flickers on the edge of decipherable, occasionally stepping into a garage bounce before collapsing again. Its molecular music, bonds formed so fleetingly before things become unstable, and particles explode back into disorder.

Exai is a difficult album to love. Like reading Don DeLillo, it’s so exquisitely constructed that emotion doesn’t get a look-in. But like that author at his best, Exai is a record to be marveled at; it’s built from blocks that make little sense close-up, and yet once stepped away from merge into an awesome whole. It takes time to reveal itself, but Exai is a truly special piece of art.