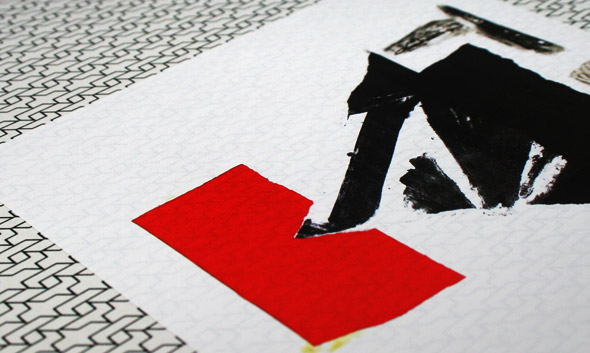 In a recent interview with this site, Future Times producer Maxmillion Dunbar stated: “Everyone’s stuff is eclectic now – we have eclectic populations in our cities. Now we have to find a way to move forward from that.” Although this may be true of DJ sets – the popularity of such varied selectors as Ben UFO and Jackmaster being representative of that – genuinely talented, eclectic producers are actually pretty hard to come by, being all too easy for many to latch on to one sound and stick to it.

Joseph R Seaton however is one of the few producers to emerge in the past few years whose productions manage that rare feat of being both eclectic and focused. Although the Call Super name started out as a duo alongside former Nightmoves and Moscow producer Matt Waites, Seaton adopted the name for his solo productions after Waites left the project, instead of returning to releasing music under his given name where he first came to the fore with material on Relish and his own now dormant Nocturnes label.

All too often these events can mean a drop in quality, especially given that he was arguably the less experienced of the pair. Thankfully, this hasn’t proved to be the case for Seaton, who becomes audibly more accomplished a producer with every release. The tracks on his Throne Of Blood release No Episode last year combined contemporary techno’s predisposition towards hefty rhythms with an attention to background detail that recalled 00s German minimalism without ever drifting off into aimlessness; like contemporaries such as Objekt, Morphosis or Mark Fell, his solo music radiates a sheen which is nevertheless texturally dense without being grubby.

This is something that he expands on to great effect in The Present Tense, the debut release for Fabric’s new in-house label, Houndstooth.“Threshing Floor” kicks off the EP with an unashamedly moody piece of techno that plays out in panoramic high-definition, its swelling bass growl grounded by muscular kick drums, while an atmospheric storm of ambient pads and jagged noise bolts plays out in the background. “Leosengor” is a complete stylistic about turn; with a sound somewhere between Actress’s tone poem “Jardin” and Madteo’s decrepit, unshackled house music, it nevertheless stands apart thanks to Seaton’s remarkable attention to detail. Where the aforementioned producers might be content to let their loops play out to an unsatisfactory close, Seaton builds an imperceptible structure behind each element; bringing in the odd flash of woodwind and feathered percussion on top of a bassline that seems to sprout from the earth, with curious effect of the music unfolding in front of you in time-lapse.

“Siglo Gray Vision” meanwhile is the kind of thing that might be quite at home on Morphine Records. It pays little attention to the rules of techno; although the beat is regular, shrill tones create a cloud of static in the air while an atonal loop is contrasted with lush, evolving organic ambience which drape loosely off its rigid skeleton. Like Morphosis, Seaton refuses to succumb to the lure of packaging his tracks into predictable rhythmic units, letting his builds – such as they are – come bearing down on you before you’ve had a chance to catch them out the corner of your eye.

As intricately rendered as each of these very individual tracks are, it’s “No City Of Choice” where Seaton combines their mechanics into one whole; loose acid bubbles simmer over glassy chords and sun-kissed icicle textures until the mid-point when the precarious plate glass tower is audibly kicked through with a tough electro rhythm, whose arrival brings a sudden order to the chaotic vortex underneath.

Although Call Super might have been a surprising choice of producer to kick off Houndstooth, The Present Tense is actually the ideal start for what looks to be a label reflecting the diverse nature of Fabric’s programming. It’s obviously not trying to be an Ostgut Ton clone; Fabric is after all a club which has regular drum & bass line-ups on a Friday alongside Saturday techno sessions. More importantly, it provides the high profile platform that Seaton has obviously deserved for some time. It’s an opportunity that he’s certainly not squandered – The Present Tense should rightly see him go on to much bigger things.

A1. Threshing Floor
A2. Leosengor
B1. Siglo Gray Vision
B2. No City of Choice