Minimal Wave’s next release has them presenting two tracks from Sandra Plays Electronics, the primitive DIY project of Karl O’Connor.

Her Needs presents two versions of the same track across a 7″ release that O’Connor recorded under Sandra Plays Electronics, a project established in his teenage years which has more commonly surfaced under the shorter Sandra Electronics name. Clearly influenced by synth music forebearers such as DAF, Liaisons Dangereuses, Cabaret Voltaire and Soft Cell, this news will excite anyone that invested in White Savage Dance, the 12” Downwards released of rare O’Connor output from this era in late 2011.

Both versions of “Her Need” were recorded in O’Connor’s hometown Birmingham but during different periods of his musical development; the first originates from a soundcheck for a 1988 gig at the College of Food And Domestic Arts, whilst the second was recorded in 1999 at the Ice House studio as part of the same session that resulted in the Man Has Responsibilities release from Diversion Group aka Regis, Female and Surgeon.

Despite the format constrictions, no concessions have been made to presentation with the above 70g clear vinyl 7” arriving housed in a matte double sided printed sleeve with a cover image of what looks like label boss herself Veronica Vasicka artfully posing with a unstruck match. You can hear brief clips of both versions of the track at the Minimal Wave website.

This is news subscribers to the Minimal Wave newsletter have been expecting, with a Sandra Plays Electronics release teasingly listed alongside quite a few other interesting forthcoming projects in the label’s monthly email transmission for some time.

Minimal Wave will release Her Needs by Sandra Plays Electronics on 7″ on March 18. 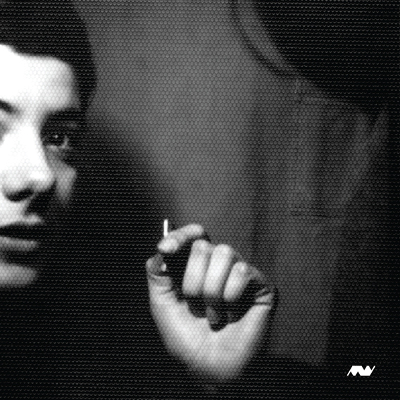