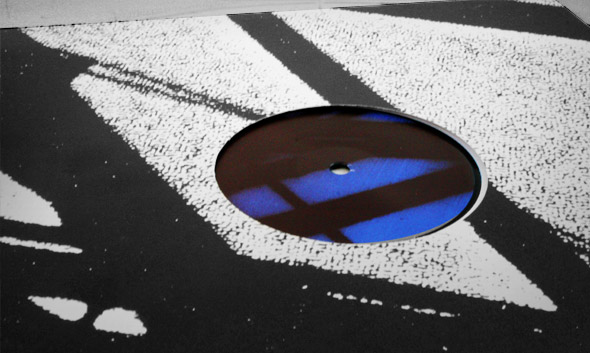 The most obvious question that comes to mind as one listens to the new Conforce EP Time Dilation, is “does Boris Bunnik ever sleep?”

The Dutch producer is about to put out his debut album as Versalife, having delivered a fine EP under the same guise for Frustrated Funk at the very start of the year, and in the meantime has this new record as Conforce. It’s not just Bunnik’s work rate that is startling; the four tracks on Time Dilation mark yet another artistic turn which sees the Dutchman move away from the deep, Detroit techno-influenced sound traditionally associated with Conforce output.

Indeed, if there is a similarity to any of his peers it’s to the grimy sewer techno of Gesloten Cirkel who remixed Conforce’s “24” last year. Maybe the mysterious producer’s influence rubbed off on Bunnik, but irrespective of the explanation, “Receiver” has the same droning, bleating bass as GC’s work, its droning tones anchored in glassy percussion.

Bunnik takes a similar approach on “Nomad”; hissing hats and a rolling groove unravel to the sound of a bass that sounds like belch reverberating all the way up from the hellish depths. This being Bunnik however, there is still a sense of swing to the tracks; wearing the influence of classic Chicago and Detroit sounds more visibly, “Last Anthem” jacks away, its metallic drums supporting a bassline that sits somewhere between classic Joey Beltram and Bunker.

But it’s not all relentless underground techno and on “Embrace”, Bunnik goes back to more mellow sounds, with dubby beats and heavy claps set at a more leisurely tempo and those unmistakable  mellow Conforce synths lingering in the ether. According to Bunnik’s latest release, its good to bang, but sometimes a little bit of gentle behaviour doesn’t go amiss.