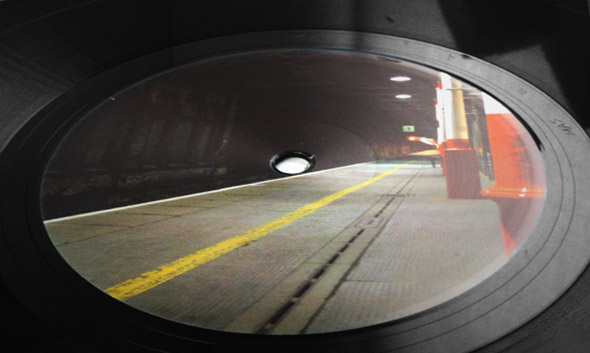 Although this may be his first release proper, Vester Koza enters the deep house fray with an air of establishment about him. This is not through some unnatural pre-release hype and plaudits of ‘next big thing’ from high-profile tastemakers, but rather a humble evidence of hard graft and savvy networking backed up by truly noteworthy tunes.

Instead of pursuing the usual mass media channels of approval, Koza simply reached out to selectors such as Jane Fitz, Joe Ellis and Ben UFO to check his initial productions, recognising their impeccable taste, their commitment to DJing as an artform, and clearly having faith in his own productions that they would elicit a positive response.

Although understated in many ways, it’s not hard to see why this EP would get resounding support from anyone in the business of challenging, adventurous deep house. It has an instantaneous effect, from the scuffing shuffle of “The Pagan Groove Of San Francisco” to the glitchy drift of “The Way (of the dub)”. By and large the EP occupies that same spooky, otherworldly space favoured by the deeper New York set (DJ Qu, Joey Anderson et al), but Koza drops his rhythms with a more innate funk that binds dancefloor purpose into the haunted ambience with precision, where some of his peers are perhaps more interested in testing club suitability in their music.

It’s not an endlessly dark EP, even if the opening track may suggest otherwise. “Mosquito” has an air of positivity, or at least hope, woven into the delicate chords and 8am bump of its construction, but it keeps enough of that mystery intact to maintain the allure that makes a deep house track special. Eschewing the shuffle altogether, “Transit” instead stomps out a stern, staccato kick and snare combo that would sit comfortably in an industrial track. While the drums set this track up nicely for inclusion in techno-orientated sets, the pads and chords that come swelling in and out of the mix bring a more exciting kind of headspace to the table that moves away from the basic tropes of brutality, functionality and a bit of sonic decoration.

“The Way (of the dub)” is certainly the most horizontal of all the tracks, tapping into the same organic, found-sound magnificence that defined the likes of Background Records and ~Scape at their peaks. While a strong rhythmic current drives the track forwards, it’s an energy constantly tempered by the anchorless clicks, crackles and pops, while intoxicating tendrils of blue-hued chords plume all around.

For a debut release, there is noted amount of measure and refinement on display, sounding like the work of someone much further into their career. If this is how strong Vester Koza is sounding now, who knows where his artistry might take him?

A1. Mosquito
A2. Transit
B1. The Pagan Groove Of San Francisco
B2.The Way (Of The Dub)