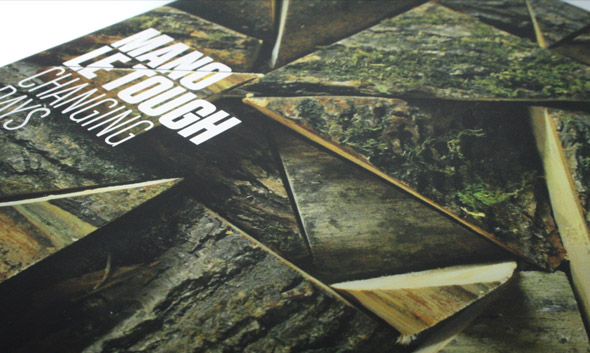 The opening moments of Mano Le Tough’s debut LP are a snap to attention, a hint that the ensuing hour isn’t going to be a stroll through 11 tracks of floor-facing house. Just 11 seconds into opener “Cannibalize”, a battering, almost metallic tom bursts into your ears. First time, it jerked this writer upright, causing fellow tube passengers looking askance at the twitching idiot riding alongside them. It had the same effect on second listen, that offbeat crack snapping me away from browsing Twitter and demanding my full focus.

It’s an early flag in an LP that constantly surprises, refusing to plod along in the background and instead calls for rapt attention to parse an intricate, multifaceted examination of 21st century house music. It’s something you’d perhaps expect from a scene stalwart, taking stock of a long and varied career. Not from a twenty-something kid, from a seaside village in Ireland, with just a clutch of EPs to his name.

But the labels embossed on those EPs are illuminating. Since his debut on Prins Thomas’ Internasjonal back in 2009, the man his mum calls Niall Mannion has popped up on Dirt Crew, Buzzin’ Fly and new home Permanent Vacation – never imprints given to churning out templates. In the process, Mannion’s shown a refusal to rest in any one style, turning his hand to heads down techno, dreamy electronica and the disco-tinged house he’s perhaps best known for. And while the stylistic buffet is common to so many young producers experimenting with where exactly they feel comfortable, on Changing Days those wonderfully disparate strands are threaded together into a single tapestry that, despite its individual variations, makes most sense when you step back and appreciate it as one stunning whole.

Amid the divergences, it’s the echoes across tracks that tie moments together; the vocoded chants on “A Thing From Above’ and ‘Please”, bells that chime from “Everything You’ve Done Before” into ‘”Nothing Good Gets Away”, or even Mannion’s vocals, dripping with maudlin, on “Cannibalize” and “Primative People”. It’s especially impressive that an LP that manages to cover such wide-ranging territory still feels cohesive. The slow stomp of the title track and its arpeggios that twirl, paired  around offset drums, are worlds from the shimmering pads of ”Moments In Truth”, which strolls out of the speakers and envelops you in a lushness of low-end. Yet there’s something throughout Changing Days that means these songs – and they are songs, not just tracks – make most sense when you experience them together.

It’s not hard to see why Mannion’s quickly become a favourite of the Innervisions stable, with Âme especially moved to describe him as “the future of house”. Mannion’s synths have that thickness that marks out any Henrik Schwarz cut, the blend of natural and synthetic sounds that Dixon’s made his own and even Âme’s appreciation of ebb and flow, the build and release of energy. “Dreaming Youth” is like a forgotten A Critical Mass record, albeit with less dancefloor focus, and yet it’s unmistakably a Mano Le Tough cut. There’s something buried in there that means it couldn’t have come from anyone else.

Pinning down that ineffable quality is difficult; perhaps it’s the blending of the acoustic and electronic, maybe it’s Mannion’s flawed but character-filled vocal, or even that the rack of synths and processing is shared across the album’s length and drops recognizable artifacts in every track. It’s all this and more in truth on a superb album, which is innovative, emotionally taught and beautifully produced and marks Niall Mannion as a truly special talent.