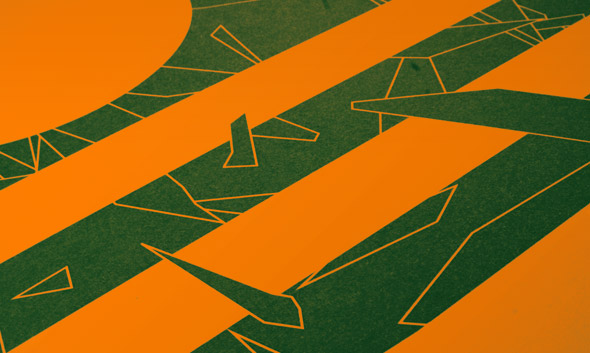 Pinning down Andrew Field-Pickering’s production style can be tricky at the best of times. When he made his debut as Maxmillion Dunbar, back in 2008, it was with a cheeky little 7” that blurred the boundaries between experimental hip-hop, boogie and electronic fetishism. He followed it up with the quietly impressive Cool Water album on Ramp Recordings, a Technicolor romp through skewed synth-hop, shimmering ambience and tropical Balearica.

Since then, Field-Pickering’s sound has gained a wider audience via excursions on Live At Robert Johnson, Ron Morelli’s L.I.E.S. and his own label, Future Times. His releases on the latter have slid further towards house, without abandoning his core strengths – notably a love of melody, vivid synthesizer sounds and intricately programmed percussion. His records, usually both fascinating and highly accomplished, primarily impress by sounding pretty much unlike anything else out there right now. That, in a nutshell, is the sign of someone with serious talent.

House of Woo, his second full-length solo album, has been a long time coming. Yet, as he revealed in a candid interview with this writer elsewhere on the site, it was recorded from start to finish in around two months. Most of the tracks, too, were created quickly, with the nuts and bolts – the melodies, drums and chords – coming together in two or three hours per cut. It’s perhaps unsurprising, then, that one of House of Woo’s great strengths is its sense of immediacy. There doesn’t seem to be any great concept at work, or attempt to tick musical boxes. So many electronic music albums are blighted by producers deliberately trying to apply their style to different musical formats, be it house, techno, dubstep, hip-hop or, in the old days, broken beat.

Thankfully, Field-Pickering doesn’t fall into this trap. As a result, House of Woo just sounds like somebody having fun in the studio, laying down shimmering gems, percussive oddities and downtempo curiosities that perfectly capture a moment in time. That’s not to say that there aren’t obvious influences. The smooth “The Figure (Nod mix)”, with its cascading ‘erection section’ keys and stout organs, comes on like some unholy fusion of futuristic jazz-funk, loved-up ambience and beatless US garage. “Inca Tags”, on the other hand, could be the unlikely offspring of boom-bap hip-hop, Com Truise and Demdike Stare. Either that, or Kowton and Hyetal making new age music in their sleep.

Dreaminess is a term often used to describe Field-Pickering’s music, and in many ways it’s apt. He tends to select synthesizer sounds – particularly pads, but also melodies – from the blissful end of the spectrum. There’s something delightfully old-fashioned about the most ambient moments here, such as “For Mozy” and the sparkling digital bonus cut “Shampoo”. Taken in context, they make sense; in isolation, they sound like updated versions of the sort of tracks once made by Pete Namlook and Steve Hillage. “Kangaroo” – all pulsing sub, backwards electronics and seemingly random bongos – is more nightmare than cosy dream.

Even the album’s more uptempo moments have a dreamy edge to them. Maybe it’s the intensity of the wonky, futurist pads, or the tactile feel of the sharper, coarser melodies. Either way, there’s an ‘other-worldly’ vibe to tracks like “Ice Room Graffiti”, “Coins For The Canopy” – all discordant electronics, intoxicating melodies and warped tropical grooves – and “Peeling An Orange (All In One Piece)”. The latter features the sort of synthesized pan pipe sound last heard on Enigma records; that it actually sounds rather good over the track’s smacked-out triple-beat rhythm and glistening melodies is testament to Field-Pickering’s compositional skills. Few would have even dared to use it, let alone turn it into a standout feature.

The most memorable moments on House of Woo come when Field-Pickering is flexing his beat programming skills. There’s previous single “Woo”, a slightly angular MDMA rush, and the bubbling synth cymbals and 808 hits of “Slave To The Vibe”. Oh, and “Loving The Drift”, a raucous analogue jam laden with “a whole orchestra of pads” (as he recently described it). On all of these tracks, Field-Pickering amazes with his ability to make wholly synthetic drums “swing”, as if played by a jazz-minded drummer. It’s this looseness to the drums, coupled with his ear for the unusual, that makes House of Woo such an enjoyable listen.