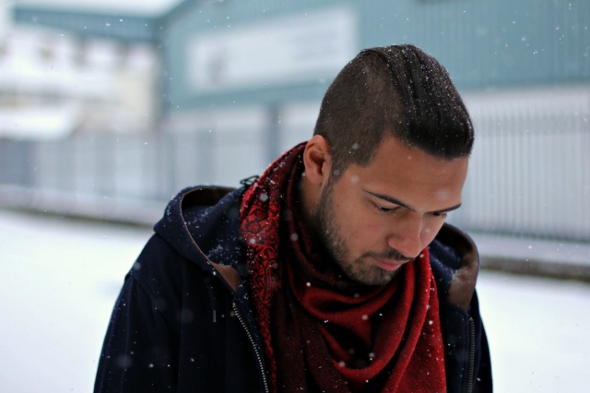 2nd Drop have announced details of the debut album from UK producer Djrum.

The alias of producer Felix Manuel, Djrum came to prominence with the Mountains EP for 2nd Drop in 2011, which saw the producer weave together elements of broken beat, dubstep and techno with a cinematic approach to texture. Although Manuel’s productions are seen as part of the fallout of dubstep’s transformation into new forms, the artist stands as an outsider to the UK’s bass scene, something no doubt inspired by the diversity of the musical policy at the seminal Yardcore nights he helped to set up in 2005, and his music’s unique sound, lent by his open approach to sampling which often includes the use orchestral soundtracks.

Entitled Seven Lies, the producer’s debut album is supposedly inspired by “the rawness of urban London”, and the likes of Portishead, DJ Shadow and The Cinematic Orchestra – something that can be heard quite clearly in “Como Los Cerdos” and “DAM”, whose downtempo hip-hop approach has many traits reminiscent of the myriad sounds of Ninja Tune, whose Solid Steel radio show is cited as a major inspiration for Manuel. Other tracks – such as opener “Obsession”, “Arcana” and “Anchors” – are more explicitly dancefloor focused, where house tempos combine with elements of dub techno, minimal, jungle and drum & bass in the manner of his earlier 2nd Drop releases.

Although known for his use of samples, Seven Lies nevertheless features from Pictures Music artist and future RBMA participant ShadowBox on the tracks “Anchors”, and “Lies”, which previously featured on Gilles Peterson’s Brownswood Electr*c 3.

2nd Drop will release Seven Lies by Djrum on LP and digital formats on 22 April.