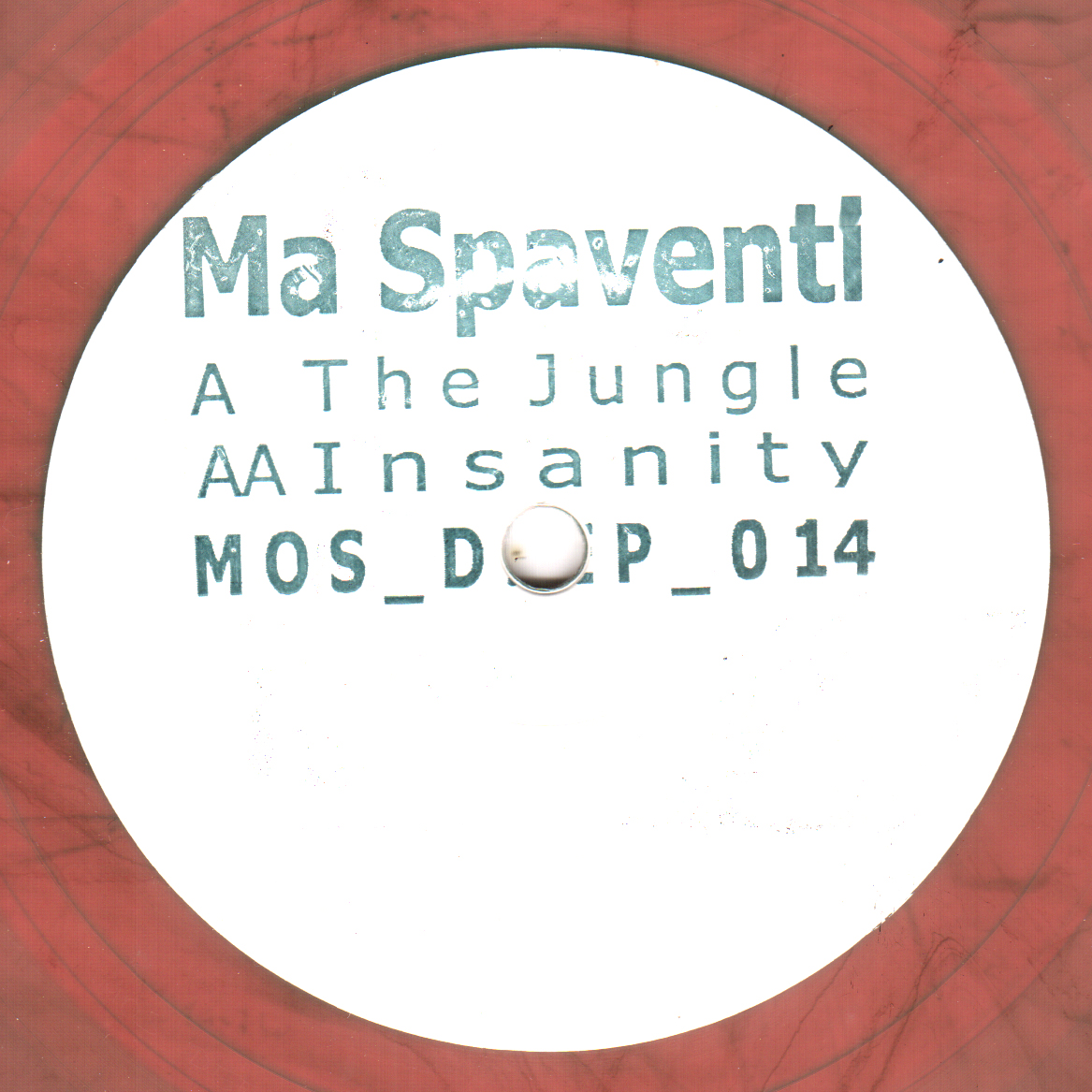 Curiously for such a fresh producer, Marco Antonio Spaventi has the air of someone who has been in the game for a long time. His affiliation to Aroy Dee and M>O>S Recordings, not to mention the wider Delsin family, is perfectly in keeping with the sound that he crafts.

It’s a fulsome, emotional and dynamic kind of techno featuring old machines without giving in to the safety of stagnant nostalgia, finding an alignment with acts such as Redshape and Ross 154/Newworldaquarium. Spaventi has already made quite an impact as part of R-A-G with the aforementioned Dee and GString as well as some collaborative releases with James Priestley for Secretsundaze, but it looks as though his solo career is taking on an illustrious shape if the strength of this latest 10” is anything to go by.

“The Jungle” is a monster, plain and simple. It’s not the quickest of tracks, but the beat hops and pops with dexterity, firing off the drum machine sounds with just a tiny hint of swing to keep things funky. Really though it’s the arpeggio that is the star of the show, starting off civilised, if a little hyperactive, but itching with the potential to get wild as the track progresses. For a long time it remains in the lower register, allowing other shapeless and textural synths to craft a more emotive cut, but sure enough at the midway point everything strips back to the drums and the galloping refrain comes back a louder beast. From that point on “The Jungle” moves through rises and falls of intensity, yet ever posited towards keeping the energy levels high.

Bringing equal amounts of rave-ready firepower for the flipside, “Insanity” commences already loaded with an expectancy-bearing title. It’s actually a more measured lead-in than its counterpart, but over the earnest jack of the beat the synths start twitching and stirring before ripping somewhat unexpectedly into grinding electro distortion. While the lead synth in isolation may come on a little direct, in this context it’s constantly harangued by upstart squeaks and squeals, or momentarily robbed of its melodic form in an on-the-fly tweak of the most impulsive kind. These diversions feed a healthy amount of edge into the track to offset the immediacy of the domineering bass line.

There’s not a great deal of subtlety to Spaventi’s work, with each track formed to command instant attention rather than trading in humility to illicit feeling, but of course that’s no bad thing. The construction and execution of the tunes is infallible, from the detailed layers to the brazen foreground elements, and all imbued with the glow of good quality kit. Should his output keep up on this creative spring, Spaventi looks set to become a go-to guy for fist-shaking electro-techno.