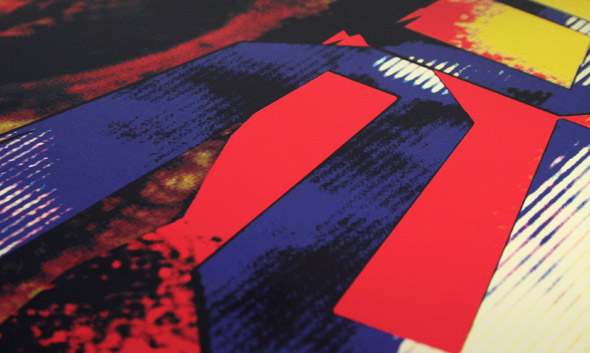 The debut album from Brutal Music’s Dom Thomas is a weird listen. Released under Thomas’ Justin Velor moniker, 2013 is determined not to fall into the trap of a dance album that’s wall-to-wall floor fodder. In doing so, it steps a little heavily the other way, visiting shoegaze, stompy disco, main-room 90s techno, post-punk, ambient and even acoustic folk music, all in the space of an hour; something for everyone, then.

In most hands, this kind of scattergun approach wouldn’t work. And yet, somehow Thomas manages to pull off the kind of jarring shifts in style that make you think you’ve left iTunes on shuffle. The guitar and flutes of “Manchester’, so close you can hear the slide of fingers on strings, come sandwiched between the Vangelis-esque squelch of “Escape to Oblivion” and “Back to the Source”, a slice of 80s house that features the soaring vocal of Imagination’s John E Lee. It’s disconcerting, but it’s also pretty fun.

Perhaps it stems from Thomas’ background with Brutal Music, the Fat City subsidiary where he’s brought an incredible array of rare psych-rock, forgotten funk, deleted disco and all-sorts of other long-buried gems back from the dead. With that pedigree, it’s no surprising that he’d be unfulfilled sticking to any single path.

So 2013 feels almost like a compilation, albeit a compilation of Thomas’ own ideas rather than those of others. And it works for the simple reason that these are well-made and interesting individual tracks, with a shared sonic identity that cohesively binds even their most disparate moments. The distortion of opener “2013”, where distant tom fills clatter their way through a blanket of guitar noise, carries its darkness into “Galliano Rocks”, main stage festival electronics in the vein of Black Rebel Motorcycle Club channeling The Rapture. It’s a subtle link, but one that plays down what would otherwise be a difficult adjustment.

Equally important is the array of collaborative talent Thomas has corralled; alongside Lee E John come contributions from Doves frontman Jez Williams, 808 State founder Graham Massey and Teenage Fanclub’s Gerry Love. At times Thomas can be subsumed by his collaborators – without a defined idea of what a Justin Velor song sounds like, at times it seems like he’s merely the guest producer for his visitors – but once you’ve acclimatized yourself to the musical buffet approach that variety becomes charming.

More than anything 2013 feels like someone whose musically-obsessed life has left them incapable of focusing, an ADHD approach to song-writing that wants to have a go it thinks is important from four decades of music. It’s a novel approach, granted, but when that’s the whole concept it works far better than a pure house record with just a couple of moments of experimentation. Not everything works all the time, but it’s a lot of fun finding out what does.