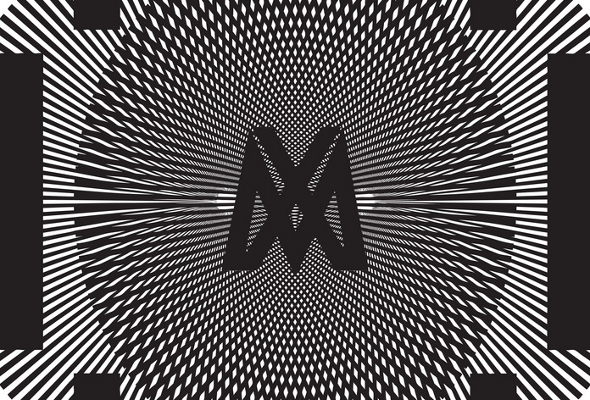 Blasting out of nowhere with a devastatingly self-assured debut single, Moiré is a hitherto unknown quantity in the electronic music world, but that fits in just fine with the wayward nature of Actress’ Werkdiscs stable. There have been plenty of sizable splashes made by previous Werkdiscs releases such as Lone, Lukid or Zomby, but really the label exists in a murky underworld created by its own curatorial aesthetic, which of course is a strengthening point when it would be so easy to make safer moves from Actress’ vaunted position in these times.

For all that context though, Moiré’s approach is rather a direct one. Certainly lead track “Lose It” and its subsequent productions aren’t what you would call standard dancefloor fare, but they still smack directly between the eyes with the promise of causing utter mayhem under the whiplash of the lights and a monstrous soundsystem.

While many might enlist the sumptuous tones of Heidi Vogel to bring a little human warmth into a track, on “Lose It” Moiré processes her vocal into a breathless, metallic clamour only serving to further the robotic nausea unfolding around. Much of that seasickness is derived from the skull-crushing bass line, which comes slicing in at an angle fully intent on scattering the rhythmical pins of the tune far and wide. Except the bass didn’t bank on the beat being made of solid granite, like hard techno falling slow and nasty, and so instead the monolithic synth note has to be content with banging into the pillars of kick and snare in the hope they might eventually topple. Which they don’t.

While there’s always a dubious quality to naming a track something as obvious as “Drugs”, fortunately in this instance it doesn’t detract from the quality of the track within. It’s once again in a similar vein of head-thieving house steeped in tension and crushing bottom end, but equally explores different devices to achieve its goals of nightclub bound weirdness. The rising arpeggio breakdown midway through is somewhat reminiscent of a M_nus records trick circa 2006, but sounds quite refreshing in this context. What lifts this track into something memorable though is the vibrant rivulet of melody that comes trickling in for the latter part of the tune, cutting through the gloom with a knowingly positive disposition. Almost certainly the track is written to reflect the peaks and troughs of its nom-de-plume, but it seems a cheapening, obvious way of appreciating the sophistication and dynamism of the track.

Actress brings his own flair to a remix of “Lose It”, bowling in with a fearsome intent that sees the unruly bass tempered into a tight stab while the beat dishevels and reforms into a steady locomotion of grotty techno. It’s tracky fare that burrows and deep and doesn’t stop for air, bookended by nothing but relentless drive.

As if recognising the need for respite in all things, Moiré serves up a palate cleanser in the form of “Into”, which focuses on breezier kinds of melody and sample around which to place a steadfast beat. It’s still a positively strange cut, but in this context it feels like breaking through to daylight after climbing out of a grease-slicked well. It’s a perfect tonic with which to wash down an astutely bold first release from an artist who at this stage, could head in any number of directions.