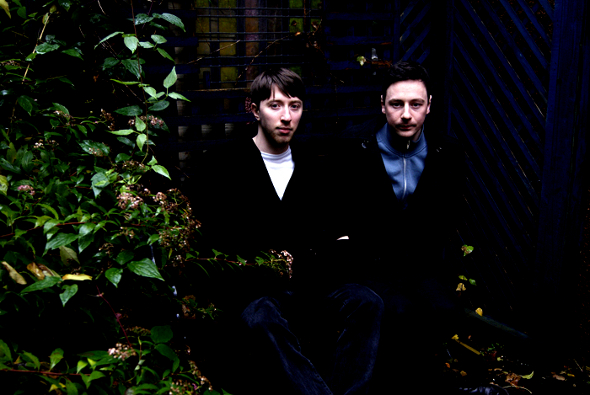 Blackest Ever Black have revealed details of the debut album from Edinburgh-based duo Dalhous.

Previously known as Young Hunting, the Edinburgh-based duo of Marc Dall and Alex Ander released an EP of film score influenced gothic pop for Blackest Ever Black in late 2011, before returning at the tail end of last year under the name Dalhous. The Mitchell Heisman EP also saw a stylistic change for the duo as, as their previously distant, dub shrouded ambience and Raime-style dread were replaced with a sound more explicitly concerned with lurching industrial rhythms and sweeping orchestral vistas; constructed with re-sampled voices, keys, harp, vibraphone, guitar, woodwind, strings and synthesisers, their sound was an instant fit with the rest of the label’s dark experiments in techno, post-punk and jungle forms.

Now Blackest Ever Black have announced details of the duo’s debut album under the Dalhous moniker; entitled An Ambassador For Laing, the 11-track LP supposedly explores “dreamlike but treacherous terrain” through “the mesmerised pastoral drift” of “Anger Sees Red” and “Dwelling By The Meadow” and the “agitated arabesques” of tracks like “The Physical Body’ and the self-titled “Dalhous”.

Those looking for a taster of the album ahead of its release can listen to a clip of the track “The Physical Body” below.

Blackest Ever Black will release An Ambassador For Laing by Dalhous on CD, digital and vinyl LP in April. 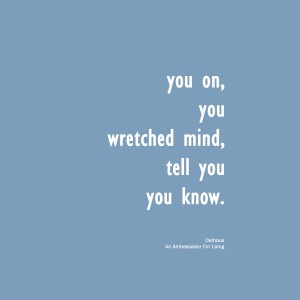