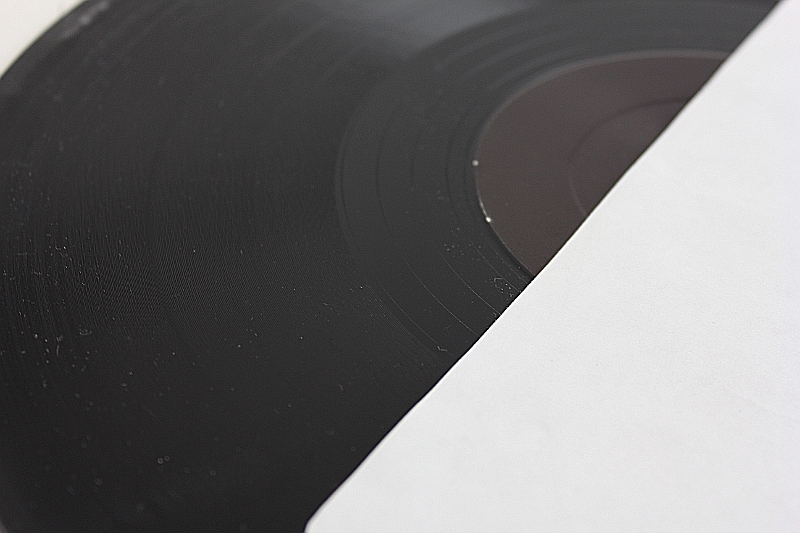 In an era where circumventing the Internet is near impossible, it’s nice to see L.I.E.S. injecting a bit of mystery and confusion back into things. Around the same time that Long Island Electrical Systems label boss Ron Morelli’s spoke on the price-hiking policies of the Internet and proclaimed “that Discogs is some bullshit” on Twitter, releases from the L.I.E.S. BLK sub-label were being stocked in assorted record shops around the world. No promotional blurb went out, no pressing information was provided, and no list of store names was given.

Stocked alongside the releases was the mystifying first instalment of sub-sub label L.I.E.S XMAS, with the equally minimalist “This is an official L.I.E.S. XMAS record for your soul” text etched into the runout serving as the only information available. While geographically stifling for those living outside major city centres, L.I.E.S. seems keen on harking back to the days of digging, channelling the excitement of independent discovery and curation.

It’s this ethos that brings forth the Tai Po Kau EP from Samo DJ, one half of the Stockholm/Hong Kong production team Sling and Samo. Samo’s no newcomer to the L.I.E.S family, with the duo recently collaborated on the previous L.I.E.S. BLK 02 release split with the comically named S.S. Pyramid Snake. But while Sling and Samo’s previous contribution “DJ Tool #1” was a whirring, malfunction-prone piece of hazardous techno extremity, the Tai Po Kau EP finds the Hong Kong based Samo exploring the demented underbelly of poppier and (dare I say this for a L.I.E.S. release?) increasingly accessible dance soundscapes.

“Leggo” provides ample proof; starting things off at a sweat-heavy pace while an extended Spanish monologue is layered over top a seething pattern of bongos and heavily laden synth keys. It’s immersive without being overwhelming, rising and falling in volume as the track progresses, sometimes the entire track lurching and cutting out completely while the foreign speaker ostensibly makes some good points that are completely lost on this writer. Urgently hammered woodblock sounds make an appearance halfway through, and just when the track is combusting with energy, Samo cuts everything out again to drop in a slurred and slowed verse from Jeremih’s “Birthday Sex” before plunging back into the pummelling chirp of the refrain.

It’s the kind of jarring change of pace that infuses the track with an exhilarate unpredictability, dance music that thrives on throwing the floor for a loop. Samo’s interest in experimenting with pop music shouldn’t be too surprising, as a recent release on the Born Free label he runs with Sling was a small batch of cassette tapes filled with reconstructed Casio versions of karaoke pop hits, including a mangled version of Frank Ocean’s “Thinking About You”, ostensibly sung in between sips from the bottom of a sake bottle. Both are entertaining, but “Leggo” packs an endurance that the former lacks.

“Mr. Butler” also has its debt to mainstream music, but in a different form: late night radio mixes. Employing liberal vocal chunks ripped from dance program radio announcers, it feels like you’ve tuned into an otherworldly radio station with this transcendental while fiddling with the dial, with top 40 swagger sandwiched between an avalanche of dissonant bass rattling and stuttering pads. Voices begin to act as rhythmic percussion tools, blaring in and out as thrumming swells create a spastic, danceable feeling of unease. Much like Madteo’s vocal repetition in Drake-sampling “Rugrats Don’t Techno For An Answer”, “Mr. Butler’s” power lies in its ability to draw out a hidden power in the vocals. Also striking is how adventurous both tracks are, but in completely different ways.

Like a buzzing highway in the depths of hell, “Tai Po Kau” begins with claustrophobic chaotic noise and slowly forms several different movements. Unlike the other two tracks, this one’s strictly for the late night, after hours scenarios, composed of manipulated wobbling string instruments bleeding into a wispy flute sample that begins to snake and spiral with a life of its own. But soon that mutates form until you’re listening to something that could possibly be a transfixing house-version of a sitar solo. Oddly reassuring, it’s a therapeutic slab of worldly dance music that spirals across several continents in its nine minute span.

L.I.E.S. have built their reputation as a label exploring the experimental limits of dance music, but this is the first EP on the label that bucks a record breaking amount of convention in such a short time, and does so with such infectious, gleeful energy. What’s even better than experimentation is when it pays off as intensely as the Tai Po Kau EP does.