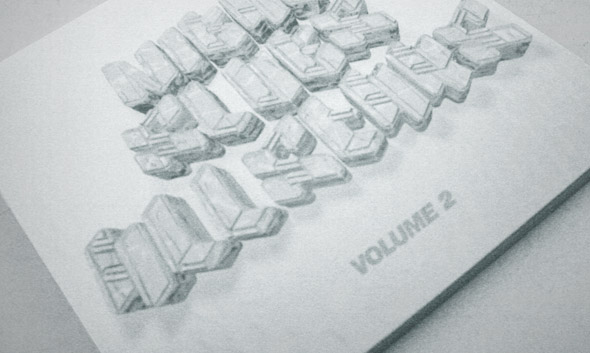 Carving out longevity as a label takes an exhausting amount of work these days. The path is fraught with the instantaneous uploading of your work to file-sharing sites, a flurry of plagiarizing “revisions” that are often barely glorified radio rips with a kick drum tacked on, and a crowd of internet-raised consumers imbued with the belief that they need to possess every release two months before it’s out.

In spite of these obstacles, Night Slugs not only presses onwards, but thrives as a label and their third year of operation finds them working at a level of interweaving familial synthesis rarely found outside of co-joined twins. Each contribution on Night Slugs Allstars Volume 2 is informed by the others, and while the “Allstars” moniker may have begun as somewhat of a wry joke, it’s hard to deny that the roster of artists have each ascended to the top of their interconnected but unique spheres of the dance music world since the label’s inception. That’s the power of this compilation; it’s a moment where the label’s diverse sounds interlock in a moment of non-genrefied and non-gentrified cohesion; a label in dialogue with itself and the world around it, proving that “House is Grime, Grime is Techno, Techno is Synth-Pop, Synth-Pop is Hip-Hop”… or maybe advocating for the destruction of thematic classification altogether.

Beginning with Javeon McCarthy’s vocals echoing out into the void, the reworked street mix of “Lost In Love” starts as a blank template upon which the Night Slugs trio of Jam City, Bok Bok and L-Vis tinker with, tweaking the flush swelling synths of the original for a minute before immersing it into some rigidly focused college drum line percussion. Flipping sentimentalism into a tunnelling, burrowing club workout complete with cowbells and escalating stringent bass surges, it’s a testament to the belief that tracks can be multi-purposed as club tools, love songs and pop music at the same time.

Ever since its appearance on last year’s Dreama EP, Kingdom’s “Stalker Ha” has packed an emotionally charged punch that remains larger than the sum of all its parts. Twisting Monica’s exhalations into innocent cries in a pitch black night, there’s a Nightmare On Elm Street creepiness at the heart of the work – it’s a rotting mass of bad intention lurking in the dimly lit recesses of the club, a ringing telephone with no one on the other end, an un-killable silhouette slowly emerging from the flames of a burning house. Though still technically working within the constraints of the Masters at Work “Ha Dance” sample, there’s a prickly unease to the rhythm that’s unique from other recent vogue interpolations.

Girl Unit’s Club Rez EP channelled the opposite feeling, and delivered a meditation on club euphoria emphasizing the power of build-up and release, withholding something, exercising restraint, teetering on the brink and pulling back ever so slightly. “Ensemble (Club Mix) re-appears here, complete with a fade-out that’s as maddening as the lights of a club slowly going up at the end of the night – knowing the end is imminent makes you want to cling to the moment even more. “Double Take Part II” provides some relief by extending the agonizing fade out of the original “Double Take” into a warmth emitting, spaced-out club ballad reminiscent of The Dream cruising Mars in a lunar rover with Prince beside him, clad in a purple sequin space-suit and feet up on the dashboard.

Though it’s Girl Unit who mentions he’s inspired by “that vibrating sound you get through the walls of club toilet stalls,” it’s in Jam City’s “How We Relate To The Body” that the experience of dancing in a packed room is captured. The track remains a reverberating, looping, joyful simulation of being inside the club, down to the muffled club discussion of standing outside the entrance. As far as music that packs an essential punch in a live setting, it’s hard to compete with the stripped down techno drumming of Helix’s “Drum Track”. Taking Joe’s “Claptrap” and throwing into a crowded festival mosh pit, it flirts with stabby trance components while remaining basic and raw enough to serve as an infallible DJ tool with unlimited potential for those willing to do some experimentation. Likewise, Lil Silva’s “The 3rd” sounds like it’s being plunked out on a dying electronic xylophone that’s in the process of undergoing demonic possession.

After the tumultuous seasick thumping rhythms of “Bible Eyes”, Egyptrixx carved out a different niche for himself through the frostbitten analogue sounds of collaborative project HIAWATHA. The textures he explored there were dubbed “a friendly nod to every empty promise of a happy ending”- dark territory, but it seems to influence his return to club music on “Adult”. The track is all the more exciting for it, another unease-inducing techno tool that alternates between large empty resounding, echoing spaces, and sudden precise bursts of mechanical rigour. It feels like an exploration of spaces that would sound good bouncing off damp cold concrete walls, and seems informed by Pstuka’s bouncing between DJ sets and live PA performances

Closing out the compilation is the slowed accordion drawl of Morris’ “White Hood”, peppered with fluttering percussion and jam-session cymbal crashes. Perhaps the most decidedly downbeat cut on the album, it’s one of the compilation’s most perplexing listens, a track which could fluctuate as an MF Doom backing track just as easily as it could be a chilled out interlude between genres in some Night Slug member’s set. It shows us that at the end of the tunnel, the direction of Night Slugs remains as hard to predict as it has always been; the label is a still-forming, constantly evolving entity, and it’s nowhere near its final form.