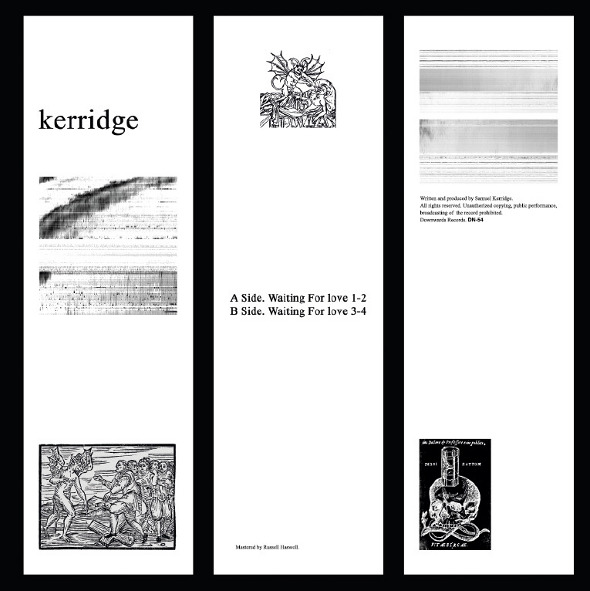 Kerridge was responsible for one of 2012’s most remarkable and self assured debuts in the form of the Auris Interna EP, whose grimy, slow-motion soup recalled the likes of Andy Stott and Powell, and made a stark contrast to the imprint’s usual precision techno.

Given the producer’s experimental tendencies and the undeniably gothic qualities present in his work, it came as little surprise when FACT reported that Kerridge will be releasing his next EP on Regis’ Downwards label. Now further details of the release – complete with macabre cover art – have been announced; entitled Waiting For Love, the record takes the form of a track in four parts which run the gauntlet between white hot noise, moody, dubbed out techno and living, breathing drone. Clips of the release – mastered by noise maven Russell Haswell – can be heard below.

No firm release date has been announced, but expect the EP to arrive on 12″ vinyl soon.