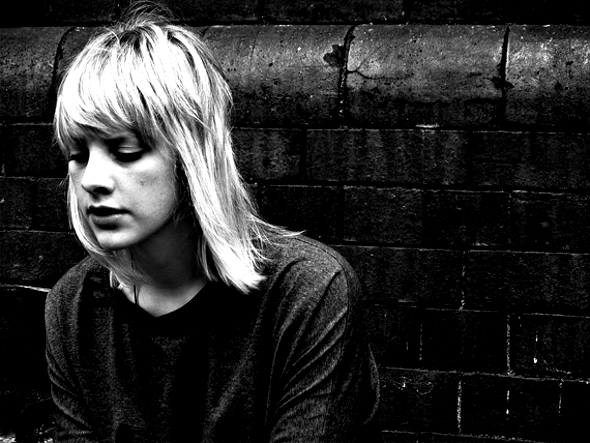 Ruth Radelet’s sultry lead is discarded in favour of deadpan punk funk on this Anika cover version of the Chromatics classic “In The City”.

There are some cover versions that stop you in your tracks and make you immediately seek out who was responsible and where you can get it for yourself. Such an occurence happened the first time this writer heard Anika’s gloriously impassive take on “In The City” during an excellent J Rocc mix for the Stones Throw podcast last year.

Subsequently learning it had been a long term staple of live shows between Anika and backing band Beak>, frustration hit when it was discovered the cover had not been released beyond an Invada label sampler that slipped out into the digital ether for a limited period roughly twelve months ago. Frustration turns to elation with the news Anika has included “In The City” on her forthcoming eponymously titled EP for Stones Throw which drops in April.