Death Waltz to reissue score for John Carpenter’s They Live 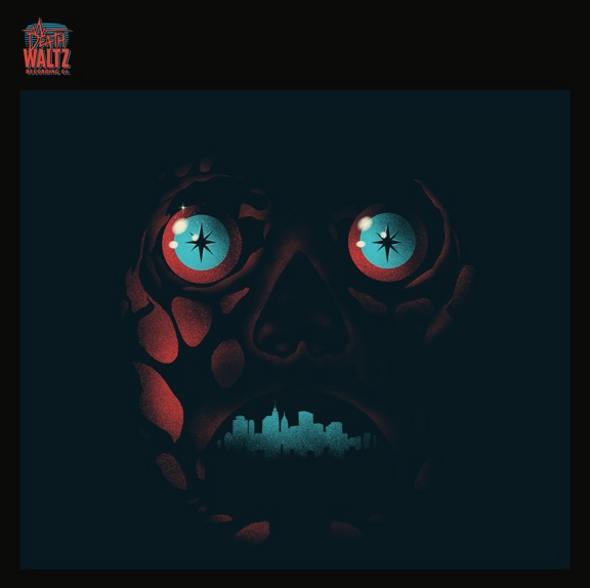 Soundtrack reissue specialists Death Waltz have revealed details of their next release, the score from John Carpenter’s cult 1988 movie They Live.

Death Waltz were one of 2012’s most impressive new labels; under the watchful eye of Rough Trade East’s Spencer Hickman they reissued soundtracks from several Carpenter films as well as the scores of Zombie Flesh Eaters, The Living Dead At The Manchester Morgue, Donnie Darko and 2008 Swedish horror film Let The Right One In, all with striking bespoke artwork rendered just for their vinyl reissues. They have now revealed details of the next Carpenter score to receive the reissue treatment, the 1988 cult hit They Live, which will be re-mastered by Carpenter’s composition partner Alan Howarth, and feature exclusive artwork from Gary Pullin.

Arguably one of Carpenter’s weaker films on the technical or narrative level (apart from perhaps the truly dire Ghosts Of Mars), They Live is nonetheless one of his most downright enjoyable movies, gaining cult status thanks to its B-movie plot, campy acting turn from former wrestler “Rowdy” Roddy Piper and epic 7-minute fistfight. Playing the part of a drifter, Piper finds a pair of sunglasses that allows him to see that the Earth is in fact controlled by alien beings who have brainwashed the populous using the power of consumerism.

Given that They Live is one of the rare Carpenter films to straddle the horror, science-fiction and thriller genres, its no surprise that the score – composed by Carpenter himself and longtime collaborator Howarth – is one of the more intriguing efforts to grace a Carpenter film. Capturing the nomadic existence of Piper’s character and his interactions with the shanty town-dwelling dispossesed, Death Waltz describe it as “electronic blues”, with a dusty slow pulsating western feel that really does give it a life of it’s own”.

As well as They Live, Death Waltz will also soon release the score for satanic gangster film The Devil’s Business; both are expected to arrive in early March.

1. Prologue Broadcast
2. Coming To L.A
3. A Message
4. The Siege Of Justiceville
5. Return To Church