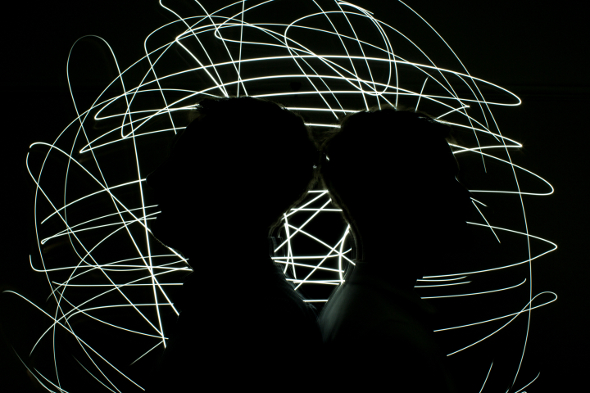 Formed of Andy Harber & Richard Roberts, the duo came to the fore with an appearance on the Brownswood Electr*c compilation in 2010 before dropping a pair of diverse records for the Eglo offshoot Ho_Tep in 2011 which demonstrated a broad mastery of electronic sounds, touching on broken beat, hip-hop and house. They signed to Ninja Tune last year with the intention of releasing an album and made a fine debut with the Featurette EP which was notable for the Bangalter-esque exuberance of “Warstones”.

This sense of fun will apparently be transferred to their forthcoming thirteen track album which Ninja Tune states “explores mood confidently, taking in introspective, melancholic moments as well as upbeat drive”. There will evidently be further nods to the work of Guy-Manuel de Homem-Christo and Thomas Bangalter if the preceding single D&T is any indication, with the cut up vocals and formaggio guitar solos that run through the track very reminiscent of the French duo’s Discovery era output.

A Konx-Om-Pax directed video for the track was released yesterday – available to stream below – ahead of the single dropping next month with remixes from Clark, The Invisible and Dorian Concept.