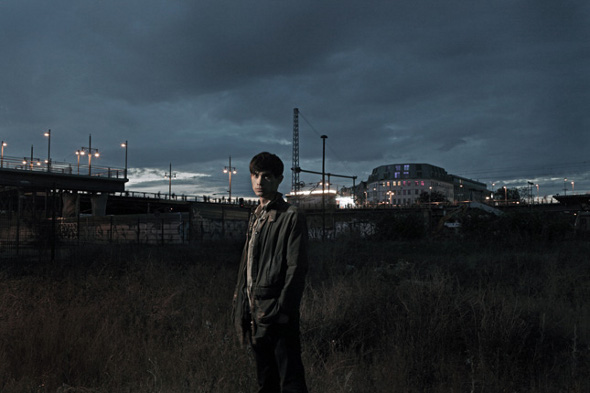 Launched last October, the Green Series is a collaboration between Bleep, design agency GiveUpArt and photographer Shaun Bloodworth, with the first 12″ featuring exclusive tracks from Blawan and Pariah’s Karenn project and The Analogue Cops. For their second release Bleep have looked to two similarly respected figures of contemporary techno in the shape of Objekt and Cosmin TRG. Like the first release, this 12″ will be available in deluxe and standard versions, limited to 100 and 500 copies respectively.

Clips of the release can be streamed below; Objekt’s contribution, “Shuttered” which was featured on Pangaea’s RA podcast late last year sounds like a continuation of the broken techno of tracks like “Porcupine” and “Unglued” but significantly looser and more refined. Cosmin TRG’s “Auster” meanwhile is a 4/4 track with prickly synth tendrils drifting over a rolling sub-bass.

Both producers had a relatively quiet year in 2012, releasing only one single each; Cosmin TRG’s Green Series contribution will kick off what will be a busy 2013 having just announced details of a second album for 50 Weapons, but securing a new Objekt track is quite a coup for Bleep – the producer has released only six tracks since his debut in early 2011.

Bleep also have significant plans to bring the Green Series concept into the live setting this year; tonight sees a launch event taking place in Paris at La Machine du Moulin Rouge with Karenn, Redshape and Ben UFO, while Shed, Karenn and Objekt will be playing as part of a Green Series showcase on the BleeD stage at this year’s Field Day.