The Asphodells – Ruled By Passion, Destroyed By Lust 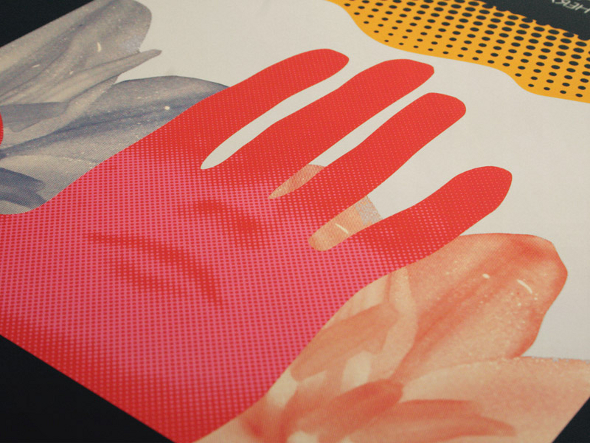 It wouldn’t be too bold to suggest that Andrew Weatherall is at his best when he has a companion by his side; his best DJ sets of recent years, for example, have often been ‘back-to-back’, infrequent gigs with Monsieur Smagghe complemented by the A Love From Outer Space sessions with long-time friend Sean Johnston, one half of electronic mavericks Hardway Brothers.

Equally, in the studio Weatherall seems to come alive when he’s got a worthy sparring partner. For years, that partner was Keith Tenniswood. Together, they made some inspired sparse, intense and occasionally introspective electro and IDM as Two Lone Swordsmen. Eventually, they delved into Weatherall’s past for inspiration, creating fusions of rockabilly, post-punk and electro that both surprised fans and defied easy categorization. Since Weatherall and Tenniswood seemingly called time on Two Lone Swordsmen, the self professed Luddite has remained busy; working as a producer with acclaimed results (Fuck Button’s Tarot Sport) releasing the occasional mix CD and turning in plenty of well received remixes without ever seeming particularly focused.

Behind the scenes, though, he seems to have been beavering away with a new collaborator – old friend Timothy J Fairplay, a producer who has been responsible for some of the most inspired and interesting electronic music of the last 18 months. Fairplay – real name Antoine Rouge – first made his name as part of Kill The DJ’s stylish new wave revivalists Battant. In the last 18 months, though, he’s struck out on his own, releasing a series of paranoid, psychedelic, occasionally cosmic productions for the likes of World Unknown, Magic Feet and Astrolab.

If the unwieldy trippiness of “Cleopatra Loves The Acid” established Fairplay as a unique voice, his 12-minute opus “The Final Reel” demonstrated a real mastery of his craft. Touching on kraut-rock, Giallo and dark synthwave, it made for a worthy debut release from Weatherall’s own Bird Scarer label and presented Fairplay as the perfect creative foil.

Their compatibility shines through on Ruled By Passion, Destroyed By Lust, their debut album together under the collaborative project The Asphodells. Appearing on Weatherall’s previously dormant Rotters Golf Club imprint, this fine debut takes their shared interests and inspirations and playfully tosses them together to create a stylish, coherent whole. Elements of Dub, tough drum machine rhythms, psychedelic electronica, post-punk experimentalism, new wave moodiness and cosmiche leave pockmarks throughout,complemented by high-minded literary references. The album displays it’s dark underbelly proudly, but there are more than enough shards of light to inspire those salivating after the bold melodies of Two Lone Swordsmen or the naive, child-like bagginess of Weatherall’s Screamadelica era work.

The audible and stylistic differences displayed on each of the album’s most inspired moments are impressive, too. Contrast, for example, the jagged guitars, delay-laden electro rhythms and heavyweight punk-funk bass of “Skwatch” with the baggy, New Order-ish “A Lonely City”, or the crippling paranoia and lustful obsession of “Late Flowering Lust” (a classic Betjeman poem turned into a spiralling post-punk disco hymn, and followed by a brilliant Dub version) with the Cabaret Voltaire-on-pills shimmer of “The Quiet Dignity (of Unwitnessed Lives)”.

A fittingly heady finale to an inspired album arrives with the duo’s dreamy, cosmic disco-era take on A.R. Kane’s “A Love From Out Of Space”. The original has long been an inspiration to Weatherall, first appearing in the halcyon days of E’d-up Balearic dream-pop (1989, to be exact) and forms the titular inspiration for Weatherall’s aforementioned sub 120bpm club night. This new cover was clearly tailor-made with those parties in mind, feeling its way through a psychedelically minded array of E-chug, cosmic rhythms and stargazing effects.