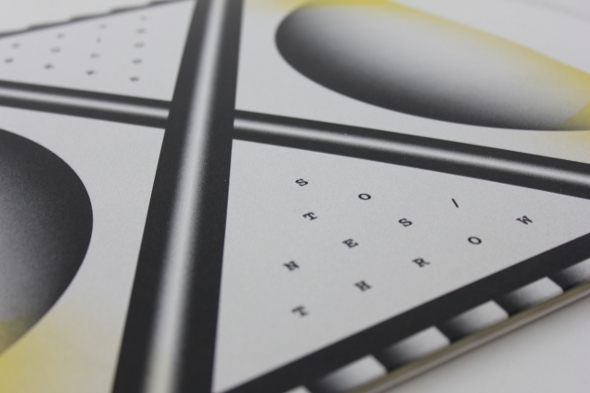 If musical labels were kids from your high school, Los Angeles based Leaving Records would likely be the one that sold pot to the jocks behind the bleachers, argued about the best Marilyn Manson releases with the goths, dropped into art class once a week to mess around with the sculptures, and never participated in gym class unless it was absolutely mandatory, at which point it would prove itself surprisingly athletic.

All this is to say that Leaving Records doesn’t seem concerned with labels, definable groups, or claiming ownership over any particular image. Stating that their releases occupy the space where  “lo-fi, ambient, body music, nerd shit, beat scene, No Wave, psych and pop begin to fall apart”, their screen-printed slipcases and an artist roster spanning Belgium to Moscow to Philadelphia all channel an aura of independence, shunning allegiance to any particular scene and revelling in free-flowing lo-fi discovery.

So while this sprawling collaborative compilation with Stones Throw Records is seeing a release as a double LP as well as CD and digital formats, the essence of Dual Form seems to be best embodied as a cassette. There, the jarring stylistic transitions from their diverse label roster feel appropriate to the medium; each new track holds an aura of unpredictability, exuding the intimacy of a handmade mix tape passed on by a friend. Much like a mix tape, calling the content of Dual Form varied is an understatement; it scales across enough genres to give you vertigo.

One of the compilation’s early highlights is the hi-hat laden jam of The Cyclist’s “Vision”, which sees a submerged cowbell pattern slowly forming the base staple of a slow-lurching, infectious jam, a grubby, scuffed up cousin of Daphni’s “Ye Ye”. Revelling in grainy lo-fi trot, it’s not in a hurry to hit its stride, and its basement fog machine rumblings sound well suited to Stones Throw, which is why it makes sense that they’ll be distributing The Cyclist’s debut album later this year.

Odd Nosdam’s “Sisters (edit)” provides another point of interest, salvaging a dance beat out of a churning church organ accompanying choir. The result feels much more cohesive than a toss-off pastiche, which is one of the consistent saving graces (ha) of the compilation: Although many tracks don’t exceed three minutes, and are more often than not drenched in the fuzzy mould of lo-fidelity recording, there’s still a core concept at work which often comes shining through, making tracks like “Sisters” feel much more personal and structurally interesting than some toss away experiment.

While on the topic of short length, there may or may not be a some irony involved in Dream Love putting “radio edit” at the end of their contribution to Dual Form; clocking in at a minute and a half, “Cooked Love, Lady Bomb (Radio Edit)” is a dreamy, carefree skip through a field of possibly psychedelic poppies. Beneath its whirling keyboard strokes, there’s a pop structure buried in there somewhere that multiple listens help flesh out. Equally (and unfortunately) short is KNX’s “Sadnis”, which delivers an outstanding slice of instrumental hip-hop. Sweeping violins and hollered rap exclamations play out while skittering drums try to keep up, and the end result is something like Jai Paul making beats for MF Doom. Sadly, the more straightforward alt-hip-hop cuts on Dual Form just don’t measure up with the rest of Stones Throw’s formidable catalogue – the plodding alt-rap of MC Set’s “Beacon” can’t hold a candle to the effervescent weirdness of Quasimoto, nor can Davis’ “Into The Night” be enjoyed the off-the-cuff charm of Homeboy Sandman. 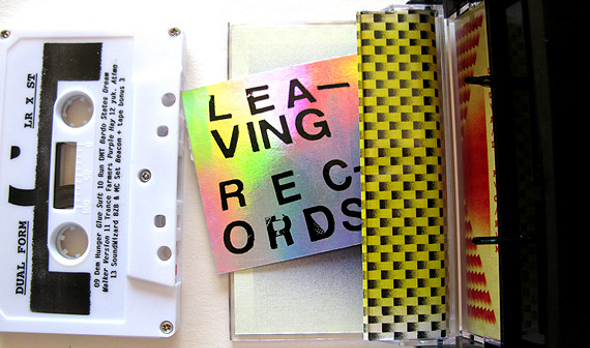 Swapping genres for the polar opposite of hip hop, Julie Holter’s live tribute to Arthur Russell is an oddity if only because of the way it’s presented: recorded on cassette without her knowledge, Holter’s voice is almost drowned out completely in the hum of bar chatter; pieces of conversation flutter in and out of the audible range as we strain to listen. Even with the distractions, when she stops singing and begins playing a descending line of mournful piano keys, you can’t help but feel your heart take a minuscule plummet. In terms of surprises, a contribution from perpetually lovesick ambient producer DNTEL finds him in uncharacteristically gleeful form, bouncing around rapid-fire percussion on “Windy Windy”, which showcases a BPM quickly approaching DJ Spinn levels. Those familiar with DNTEL’s catalogue might utter an audible “what the…” at this chirpy piece of emotionally tinged footwork, but strip away your preconceptions and it feels a lot more enjoyable.

Of course, on a compilation with so many tidbits, it’s inevitable that a selection of them will miss hitting home. “Untitled” by “Various Artists” does its damnedest to remain forgettable, an extended drum solo with some sad sack keys lurking underneath. But then again, its entire inclusion could be a sly winking joke about the unassuming and anonymous nature of the compilation. One gets the feeling that the purpose of Dual Form isn’t to deliver a compilation of the label’s most accessible, best known hits. It’s notably the opposite, all about unexpected moments, brief revelations, nuggets of cohesive pop genius scattered amongst experimental refuge – unearthing the artifact, feeling affinity for a dissonant, straining set of noises.

The strengths and weaknesses of Dual Form are exactly the same as a friend-curated mix tape: You get to stumble upon some fantastic new pop tracks that stretch your understanding of genre limitations, and as a trade off of sorts, you have to puzzle over other selections in order to get to the good stuff. Maybe it eventually clicks, maybe it doesn’t. But as far as Leaving Records seems concerned, both those reactions are better than feeling unchallenged.