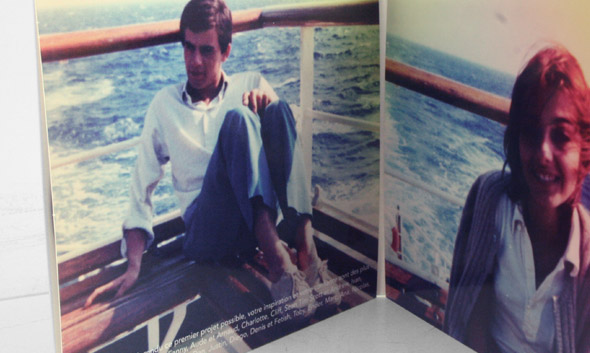 On rare occasions, a label, single, album or compilation captures the musical zeitgeist, capturing for posterity a moment in time. Sometimes, it is by setting a trend, or introducing the wider world to a little-known variant of underground electronic music that has quietly been developing, out of sight, for months or years. Mostly, though, it is by putting out music that sums up the prevailing mood of the moment.

Treasure Hunting, the first compilation proper from adventurous French dancefloor mavericks Astro Lab, ticks almost all of those boxes. Over the course of two discs, it neatly summarizes most of the most exciting recent developments in music that sits snugly between leftfield house, techno and cosmic disco. As a label, Astro Lab has previous in this regard. Since first appearing on our radar back in 2005 – with, of all things, an intriguing collection of experimental hip-hop jams – they’ve casually flitted between left-of-centre dancefloor styles.

This trend continues on Treasure Hunting, a compilation that lays down an impressive marker for the label’s endeavors to date, including previously released highlights – Osborne’s superb remix of Shakir’s “At The Bonnie Brook”, Weatherall remixing his Asphodells co-conspirator Timothy J Fairplay and Comeme’s Ana Helder getting the Smagghe treatment stand out. However the majority of material here is box fresh and there are also plenty of new, if familiar, faces.

The omnipresent Daniel Avery further highlights his own well documented progression as a producer with the sparse jacker  “Time Extension”, a track whose usage of rave-era vocal stabs belie his own relative youth. The punishing bass line brandished here by Avery makes the track a considered highlight of Treasure Hunting, piquing your immediate interest along with tracks from Mugwump and Diegors. The former, celebrated Belgian duo are perhaps best known for the superb nu-Balearic classic “Boutade” and their contribution here is as memorable.

An unfeasibly bright trip into analogue disco territory, “God Is Gracious” deftly weaves vintage synths; nu beat rhythms, Balearic melodies and Italo bassline into a crystalline delight. Comeme mainstay Diegors meanwhile, delivers thrills on all manner of levels with “Pig Pen”. Its groove is murky and its vibe psychedelic, but the drifting melodies littered throughout gives it an unusually positive feel.

Where Treasure Hunting really impresses though, is in its ability to weave together disparate electronic music strands into one coherent whole that sums up all that is good about left-of-centre dance music right now. Contrast, for example, the Kraftwerk-ian pulse of Marc Pinol’s vocoder-laden “Monotony In Germany” and Hardway Brothers’ beautiful “The Prince In Outer Space”, A Love From Outer Space fave that recalls the early works of Lamont Booker (a producer recently celebrated by an exhaustive compilation on Rush Hour). Equally, compare the Nitzer Ebb-goes-to-Chicago drugginess of Raudive’s “Total Pure” with the woozy, melody-driven space disco of Cage & Aviary’s “What Is Love”; both come from vastly different places, musically, but share an experimental, anything-goes ethos which can be ascribed more widely to the Astrolab label as a whole.