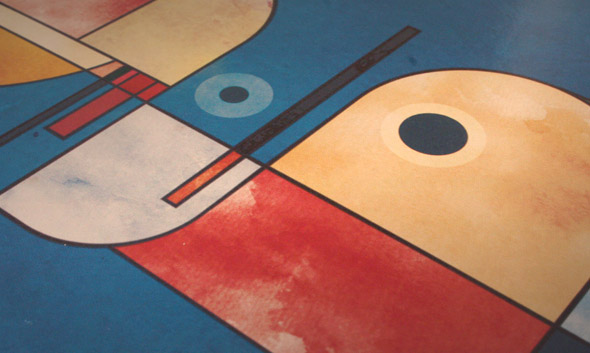 It’s surprising to note how long Stuart Li has been plying his trade as Basic Soul Unit. The Toronto-based producer has been quite the nomadic artist, rarely appearing on a label more than once in some ten years of releasing tough, loud slabs of analogue house music, making it hard to keep a firm grip on just how busy he has been at any one time.

That said, the calibre of those willing to invest in his singular sound can’t be argued with; from DJ Gilb’R’s Versatile imprint to Jamal Moss’ revered Mathematics, Soulphiction’s Philpot to Japanese powerhouse Mule Electronic, these are all high-grade institutions that tend not to bump into each other in their global operations. As such, it could be argued that Li exists outside of any specific scene and instead moves on his own from release to release, never quite in the limelight as much as flirting with it.

Li’s high profile label hopping sees him land on Still Music, one of the strongest operators out of Chicago in recent times, to release his debut album, and Motional Response’s initial impact is one of surprise as the opening track “Across The Room” kicks in action. A lean, mean drum machine takes centre stage from the outset, staggering on a jagged half-step beat. While it was a de rigeur rhythmic formation some four years ago, in these 4/4 favouring times it sounds positively refreshing, not to mention unexpected at the start of a Basic Soul Unit album. While Li has always imbued his music with a sense of unpredictability and adventure, this is quite a departure. The delicate keys and raw bass note that eventually feed in are a little more familiar, but still the stepping remains.

Following this unlikely beginning, another quirk comes in track two as recent single “Breathe” finds Li making a rare foray into vocal deep house. It’s very much a BSU track, running slowly on snapping drums and plush synths, but this time bolstered by Sacha Williamson’s compelling turn on the mic. The combination of sensuous piano chords, swirling pads and the righteous diva tone that Williamson summons is a powerful one; laying down just the right amount of heavy soul without ever getting cumbersome or grating.

At this stage it would seem that Li has embraced the album format as an opportunity to explore new directions with his sounds, as so may do when given the freedom to roam beyond the limitations of a single. However that impression doesn’t really pan out, as the album unfurls from that point onwards like a collection of BSU productions varying in tone and texture but familiar to long term Basic Soul Unit fans. Given Li’s obvious talent, this is of course is not necessarily a bad thing and there are some stunning moments that highlight the producer as a master of machine led composition. “Sandpiper” sends rasping snares tumbling over themselves while ever building towards an alien transmission of the finest techno persuasion. “Mind Forest” meanwhile works excellent levels of intricacy into its snagging groove through two contrasting yet thoroughly interlocked lead synth lines, and “Intersection” pumps a pneumatic kind of acid track light on the percussion and heavy on the 303.

It’s just a shame that, as a whole album, Li didn’t look to expand on the promising new directions laid out by the two admittedly disparate opening tracks seemed to intone something grander. By the last pulses of “Let Go” the album’s first two tracks seems like an strange precursor to the main event; it would be great to see Li explore these diverse avenues further, such a flamboyant style he is in possession of, but in this instance a more cohesive album experience would have been brought by starting on track three.