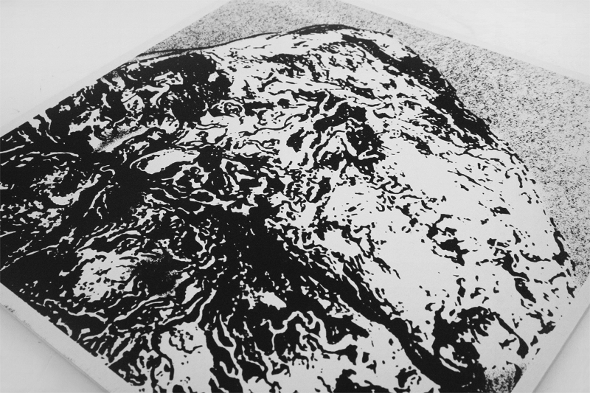 2013 feels like the age of increasingly analogue production in dance music, and one possibility as to why might be the emerging idea that making music via computer has become too sanitized and safe. In the same way that DJs condemning digital software and sync buttons may have contributed to the resurgence of vinyl, this writer wonders if analogue records are becoming paired with an unpredictable spontaneity that closely controlled digital music lacks.

Daphni’s Dan Snaith seems to think there are some uniquely powerful moments accessed through analogue hardware, stating “it’s impossible to reproduce anything on them. You have to get every dial at the exact [same point]…you really have to commit to saying ‘This is how it’s going to sound’. I’m going to hit record and I’m not going to come back and do it again because it would be totally different next time.”

Glasgow outfit Golden Teacher are new on the block, but it seems that they ascribe to Snaith’s beliefs as well, and looking at their composition gives some clues as to why. Comprised of analogue house duo Silk Cut and rubbed raw punk group Ultimate Thrush, both are insistent on maintaining a level of handmade quality in their output. Ultimate Thrush frequently screen print small runs of prints and posters, and hand sews the packaging to their 7″ releases, while Silk Cut prefers to keep a low internet profile, reserving its electronic experimentalism for live shows.

Explicitly stating that they’re not interested in crafting “slick, smooth, generic computer made music”, Golden Teacher are so off-the-cuff that they were signed to Twitch’s Optimo Music Label after a single listen. It’s equally fitting that their first 12″ release, Bells From The Deep End, was recorded direct to tape live at Glasgow’s Green Door Studios with next to no-editing or overdubbing employed.

These lofty credentials show dedication to authenticity, but does the self-dubbed “hypno-psych voodoo groove” group’s music live up to the persona they’ve crafted? To put it simply: Yes, absolutely. Bells From The Deep End is an unhinged, irreverent stomp through analogue dance music – imagine Dinosaur L getting wasted at the bar after hitting the gym and beefing up on glutes, and you’ve got a rough image of what you’re getting into.

Opening track “Rashomon” sets the tone of the EP with a clicking set of cowbells that replicate themselves around a snaking synth pattern while dark moody vocals yelp and moan about ‘bright light’, the equivalent of dousing a dance floor in kerosene and lighting a match. Beyond sharing a name, there’s little to connect the song to the Akira Kurosawa 1950s Japanese film depicting the murder of a samurai, but then again it’s tough to decipher the vocals overtop the cacophony of snares, bongos and synaptic electronic pulses.

Veering into slightly more snarling territory, “Love Rocket” employs a set of handclaps and a cheeky synth line that sounds like a bootleg Thai cassette tape copy of New Order’s “Blue Monday”. Two punks snarl a duet back and forth overtop the clamour. The lyrics appear to be lifted from Imagination’s 1982 disco classic “Just an Illusion”, yet the tempo and attitude have been completely tweaked. Where Leee John’s version was tinged with romantic longing, Golden Teacher opt for an irreverent, swaggering, half drunk drawl instead: a nihilistic young Nick Cave swerving through the meat packing district in pre-Giuliani New York City.

“Double Bump” is split somewhere between a Tom Tom Club live show and an Idjut Boys DJ tool, and “Golden Chalice” sounds like In Flagranti took a shower and put on a dress shirt, exuding a cosmic far-out quality while maintaining grounded in a disco sensibility. Yet both tracks are the most reigned in on the EP, and feel comparatively safe and unchallenging with the rest of the breakneck paced offering.Nestled between these tracks, “Dante & Pilgrim” makes up for any relative conservatism, channelling French electropunk outfit Liaisons Dangereuses from the carefree, too-cool vocals down to the French language the track is delivered in. If you find tons of guttural grunting overbearing, “Dante & Pilgrim” might be enough to put you off Golden Teacher. But when the smutty ballad fully takes form, backed by spiralling arpeggio lines and a plethora of bubbling loops, it’s hard to not be sucked in.

The bustling bravado and middle-finger-to-the-sky ethos at the core of Bells From The Deep End would translate excellently to a live performance, and perhaps that’s where Golden Teacher’s formula works best. But even as a recording, the sheer joie de vivre contained within these five tracks should translate well to bedrooms and clubs. Whether or not analogue sounds are responsible for the bristling dance aggression contained within is debatable, but even when wearing their influences on their sleeves, Golden Teacher’s recording session captured some uniquely indispensable howling.