Surahn working on LP for DFA, gets the Prins Thomas Diskomiks treatment 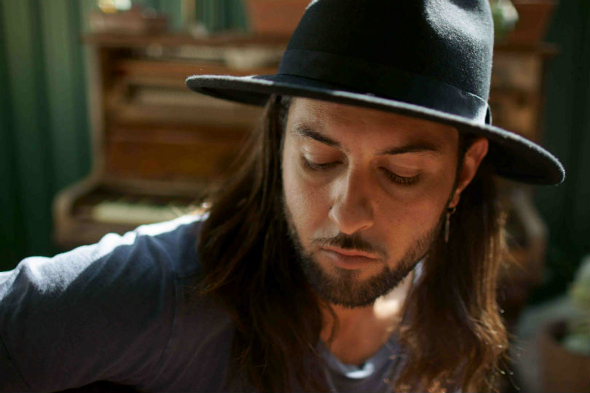 DFA have collared Prins Thomas to give Surahn’s folkish “Watching The World” the Norwegian diskomiks treatment – look out for an LP from the Australian too.

When they’re not busy reissuing classic LCD Soundsystem material, DFA Records are working on developing their current roster of artists such as Factory Floor, Holy Ghost, Marcus Marr and Surahn. The Australian producer was formerly a bassist in The Swiss, a live disco band who enjoyed considerable success following the release of their infectious 2009 hit “Bubble Bath” and subsequently enjoyed a brief spell in the nu disco spotlight as Sidwho?.

Also known as a touring member of risible Australian act Empire of The Sun, Sidhu bizarrely commands a writing credit on the last album from “R&B superstar” Usher. Under his given name Surahn, the Australian apparently fulfilled a five-year dream to appear on DFA when the label released his self titled EP last November – you might remember the slightly dodgy Joy Of Sex style illustrated cover art.

Prins Thomas turns “Watching The World” from that debut Surahn release on a typically fruity trademark Diskomiks and accompanying instrumental, and the label also reveal that the Australian will be releasing his debut album with them later in the year.

Surahn’s Watching The World Prins Thomas Diskomiks is set for a physical release through DFA on February 18.