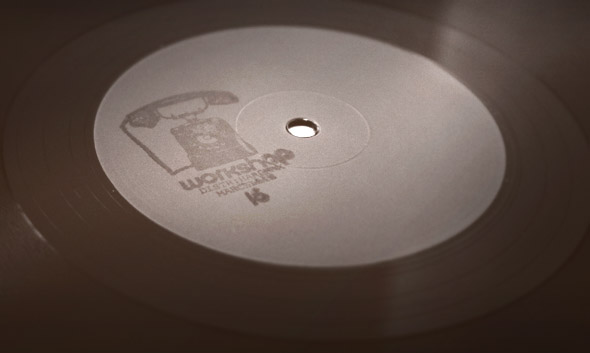 Workshop’s tendency to circumvent trends and release a stream of enduring dance music is one of the German label’s greatest strengths. In the case of illusory Netherlands based artist Marcellis, the feeling of timelessness might also be due to the fact that his contribution on recent Workshop 15 compilation is over eight years old. The whispered vocals and slow plonking ominous chords of “Come and Boogie” were originally from a 2004 Dutch Black Label release, and reissued almost a decade later, it still sounds fresh. Workshop 16 features three new productions from Marcellis, whose style continues to tremble between intimate house and narcoleptic basement boogie.

“A1” is intent on immediately disorienting the listener, burying a snappy bongo line and slow-scaling drums beneath a cross-section of babbling voices. Obscure vocals ostensibly pulled from a collection of long forgotten b-movies are littered throughout the track, eerily synching up with the percussion or rhyming as they’re layered overtop each other. Sometimes these samples are phrases, but it’s just as often little gasps, exhalations, hisses and breathy wisps orbiting in and out of earshot. Just when it’s beginning to feel like one of those YouTube videos created to emulate the symptoms of schizophrenia, things take a turn for the intimate, as strings bubble to the surface and a swirling sub-bass line spreads to prominence. It’s the feeling of warmth returning to a long-frostbitten limb.

Voices in distress seems a recurring theme on this release, with a pleading, near-sobbing narrator on “B1” urging someone to be allowed to sing. It’s the kind of sample that immediately gets under your skin, a track that’s seductively danceable but undercut by a persistent sense of unease. The way that Marcellis uses a tensely swept string line here to maximum affect calls to mind “Time For Us” era Nicolas Jaar, selectively filling the quiet space with hollow percussive patterns and looping vocals until the words start to lose meaning and disintegrate into a pile of syllables.

“B2” ends the conversation, and instead of resonating voices, we get a summery house cut dipped and swirled into the depths of Detroit. Progressing at a slow simmer, Marcellis’ production feels like it’s shedding layers of winter clothing and plunging into a crystal clear, shimmering lake. A minimalist, blippy morse code signal is etched out overtop the kick drum prominent dance cut, and the ricocheting, criss crossing juxtaposition of deep house with echo-heavy minimal techno serves as a satisfying finale to the EP. Like an all encompassing fever dream, Marcellis’ tracks take you to the hazy, fantastical corners of your mind. Whether the experience is comforting, horrifying or somewhere dimly in between is up to you.