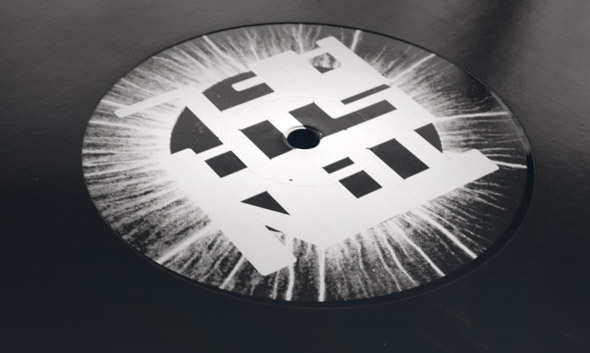 TANSTAAFL is an interesting proposition amongst the hustle and bustle of underground house and techno in Europe. The stamp encompasses a vinyl label, a radio show broadcast on FM in Berlin and online, and a club night that splits its time between Berlin and Bristol. It’s no surprise when the chief protagonists are John Osborn and October, residents of those respective cities but maintaining a long-distance music relationship like so many do. It’s just that, for all the air travel and dialogue between the major clubbing cities of Europe, not many people manage to strike up fruitful partnerships let alone keep them stoked.

While both pursue independent production careers as well, with October noticeably rising in profile over the past year, there also seems to be a strong symbiosis between Osborn and October in the studio, whether explicit on the production credits or not. Here, for the third release on the label, the two of them are out in full force to stomp out a continuation of their savage and focused re-appropriation of techno and house principles.

Lead track “Transcending Biology” lurches into life on a thudding kick and bass combo that calls to mind “SOG 2.2,” Wolfgang Voigt’s Speicher contribution from many moons ago, but thankfully it progresses quickly into a more developed and engaging track. It is in fact a pristine acid line that forms the central thread, while the drums play nice for the duration of the track with just a light dusting of hats. This restrained stalker cranks up once a fulsome chord phrase comes in, coming out of leftfield but slotting in perfectly, but even more surprising is the sole percussive addition of a distant finger click. It’s a perfect demonstration of how not to lean too heavy on the drums to provide the action in a track and still have it brimming with energy.

If however you crave the snap of a vicious snare to anchor your moves on the dancefloor, “Programmable Blood” should deliver what you need. It’s a move towards a more Drexciyan kind of electro, putting a kink into the 4/4 structure and embracing a wider tapestry of sounds for a more forthright finish. As with other TANSTAAFL releases, there’s a purposeful thematic correlation between both sides of the record, and so the acid line of “Transcending Biology” gets rendered here in a less dominant context, while the techno chord comes in earlier to play a bigger role in how the track plays out.

There’s a no-frills quality to the TANSTAAFL records, and the label set out a mission statement early on that these were releases for DJs, but they’re far from being simple tools. Rather their rhythmic reliability and functional demeanour grant the stranger melodic elements passage into the midst of a set without any of the jarring transitions to be found when dropping a lot of left-of-centre club tracks.

A. Programmable Blood
B. Transcending Biology