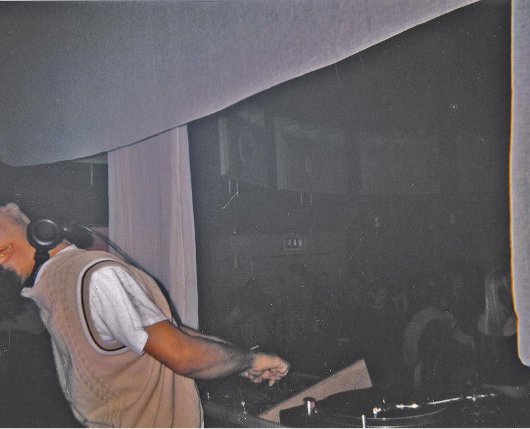 In a week of surprise announcements news surfaces of a new Syclops album called In The Blink Of An Eye.

Stated to be the results of Maurice Fulton’s ongoing collaborations with the trio of Finnish musicians Sven Kortehisto, Hann Sarkari and Jukka Kantonen, it’s just as likely that Syclops is the solo work of the maverick producer, given that their output to date has been characterised by sparse and occassionally deranged analogue percussion and off-kilter usage of vintage synths – both Fulton production hallmarks.

Syclops first surfaced in 2001, but gained more momentum after two deadly 12″s for the Tirk label in 2005 – “Mom, The Video Broke” remains a strong favourite at Juno Plus – they later signed to DFA and released the wittily titled debut album I’ve Got My Eye On You for DFA Records in 2008. Since that album, Syclops has remained dormant with Fulton spending his time working with a variety of female vocalists such as Mim Suleiman or former Freeform Five member Tamara Barnett-Herrin, teasing fans with the wealth of unreleased material that appears on his irregular Bubbletease podcasts, dropping the occasional trademark remix and reissuing his back catalogue digitally via his Bubbletease Communications label.

Set for release at the end of the month on Bubbletease, The Blink Of An Eye matches the debut Syclops album in the title stakes and the ten track set should please fans of Fulton productions no end – you can stream clips from the album below. Personally we are excited to see this mammoth track from the Fulton archives now getting revealed as “Sarah’s E With Extra P” and included on the album.

Bubbbletease Communications will release The Blink Of An Eye by Syclops on January 31.