The Berlin based techno producer first surfaced under the TRG handle around 2007 gracing the likes of Hessle Audio, Hotflush, Tempa and [Naked Lunch] with a sound closer to dubstep than anything else. Later incorporating his first name, the producer continued to develop his rough and ready sound with output on Hemlock, Hessle and most memorably for us, Rush Hour’s now dormant Direct Current operation, mutating his output into techno and house along the way. His transformation into one of contemporary techno’s most interesting figures was completed when he joined the 50 Weapons fray in 2011, releasing two twelve inches and an excellent debut album in Simulat.

Entitled Gordian, the new album has been mooted for a while now, with the Romanian taking to Twitter before Christmas to intriguingly state “My album is almost ready. I hope you like tape noise.” As per usual for a 50 Weapons release, a brief 48 second clip of album track “Noise Code” is streaming on their Soundcloud page which doesn’t really offer any conclusive proof on how the album will sound; Cosmin himself does however offer the following thoughts on the forthcoming eleven track set:

“Gordian is as much a document of my past year as it is the beginning of a conversation. The title references an ancient myth, but describes the very contemporary, impossible task of discerning between real and replicated, authentic and contrived. Coping with facts, objects and bodies, the necessity of ‘making it’, fear of failure, fear of ‘not being happy’ are today’s topics, and Gordian is my attempt at an exploration of those issues.”

50 Weapons will release Gordian by Cosmin TRG across CD, 2xLP and digital formats on April 23. 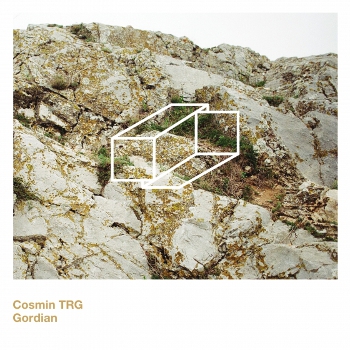