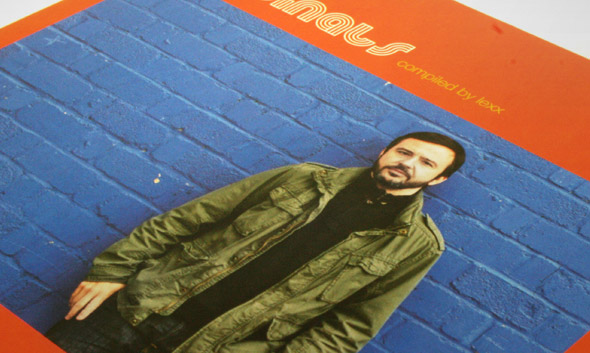 There’s an argument to say that “Balearic” is a genre-tag that should only ever be applied sparingly. Originally coined by early British visitors to Ibiza during the 1980s, it was meant as a “catch-all” term to describe the baggy, E-friendly eclecticism of White Isle legend DJ Alfredo. Since then, many have argued over the true definition of “Balearica” – popular explanations have included pop records that sound good on pills, songs that sound good in the Ibizan sunshine and a celebration of unlikely obscurities from a myriad of styles – while the sound has inched towards mainstream acceptance due to an inexcusable string of naff “nu-Balearic” compilations from the usual commercial suspects.

In truth, the term has always been whatever the individual perceives it to be. In the hands of the greatest selectors, Balearic sets can take the listener on a warm, fuzzy journey, showcasing great records – obscure B-sides, overlooked instrumentals, surprise charity shop finds – whilst retaining a particular feel or atmosphere. Arguably, it’s this atmosphere that’s key; something is only Balearic if it feels so.

In the wrong hands, as so often been seen in recent years, the “Balearic” tag has been used to justify a style of pedestrian, sub-110 BPM nu-disco that disguises its many flaws with cheap pads, floaty vocals and dire preset sounds. Sadly, “Balearic” has largely become shorthand for “polite” or, more criminally, just plain dull music. Given that Alfredo was famous for playing quirky, cheeky, borderline camp records as much as earnest, obscure ones, it’s a source of great frustration for those who genuinely buy into his original “anything goes” ethos.

Luckily, there are still DJs and record labels out there that genuinely understand the original meaning of the term, and strive to release music that properly adheres to the Balearic ideal. Chief among these is Paul “Mudd” Murphy’s Claremont 56 label. While much of Murphy’s own output – though not all, given the label’s frazzled eclecticism – can be considered “Balearic”, there’s little argument over the label’s brilliant Originals series of compilations. From the start, they’ve been thrillingly Balearic in the original sense of the term.

The Originals series has barely put a foot wrong to date; by choosing compilers either with a renowned knowledge of the scene or a background in serious crate digging – Mark Seven, Felix Dickinson, Phil Mison, Moonboots, Balearic Mike and Sean P are amongst the previous selectors – Murphy has all but guaranteed a level of quality amongst the eye-opening eclecticism. Thus far, each of the compilations has wisely steered clear of the ill-advised or tongue-in-cheek, focusing instead on fantastic, little-known music that fits the original Balearic ethos.

The eighth volume maintains the high standards set by it’s predecessors with compiling duties falling on long time friend of the family Lexx, AKA Swiss D and producer Alex Storrer. While still relatively unknown to electronic music fans at large, Storrer has forged a reputation amongst the nu-disco and Balearic scene thanks to a string of perfectly pitched productions, edits and remixes for the likes of Permanent Vacation, Bear Funk, Relish, ESP Institute and Running Back. Given that his repertoire includes atmospheric but odd nu-disco, leftfield disco revivalism and pure Balearica, he’s a fitting man for the job.

Then there’s the shuffling, wide-eyed house goodness of Larry Heard’s “Déjà Vu (Remix)”, the swinging, MDMA-moment that is Far East Recording’s early-‘90s deep US garage jam “Do It Again” (complete with child-like synth melodies), and the post-disco strangeness of Disconnection’s “Bali H’ai (UK Discomix)”. Even more impressive is one of the compilation’s most recent moments, Blackjoy’s typically impressive rework of Monnette Sudler’s “Baby Erik”. Laden with bright South African guitars and marimba melodies, it’s dubby, midtempo afro-house at its best and demonstrates contemporary minds can master the art of sounding Balearic.

For Originals completists, this eighth volume will be treated with a tinge of sadness as it means Claremont 56 draw ever closer to the series’ stated conclusion. Clearly an adherent that “all good things come to an end,” Murphy plans to put the series to bed once the tenth volume is released, meaning countless more gems in the truest Balearic sense will likely remain uncovered, with few other labels possessing the curatorial quality and knowledge to pick up the slack.