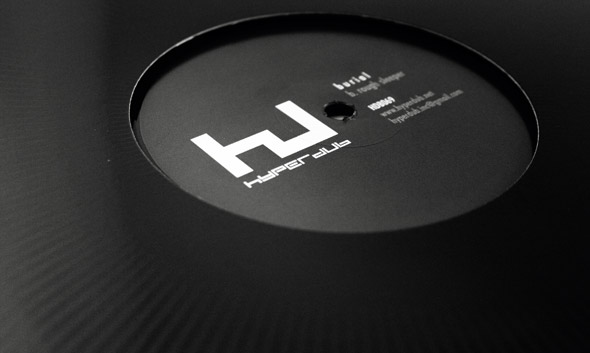 A dead dog wrapped in an orange blanket. A teenager collapsed in a 24-hour McDonalds’ booth, holding their head in their hands. Broken glass crunching under your sneakers as you’re walking through a parking garage on a windy night.

One of the reasons Burial’s music so affecting is that it acts as a Rorschach test in audio form. Uniquely activating an ambience or mood for the listener in a way that few others can, William Bevan’s tunes still remain eclipsed in enough fog to force one to fill in the blanks using their own experiences.

“I like making tunes that maybe help people get lost in” Bevan once said, and the diverse emotional outpouring that people have in response to his music is a sign that he does it quite successfully. An interesting experiment: play a Burial song for a friend who doesn’t listen to dance music and ask them to describe what they’re hearing using images. More likely than not, the descriptors they give will end up resembling some dark stuff: broken homes, midnight bus rides through the industrial district, desolate whale sounds.

Despite a talent for activating our own feelings of murky forlornness, the last track on 2007’s album Untrue was the first sign of a new momentum towards something more optimistic. Though “Raver” was aching with the age-soaked sadness emblematic of Burial, a speedier BPM and hollowed out xylophone sounds hinted at something lighter, less weighed down by the world. This approach was further expanded on his following release, with “Street Halo” showcasing a fringe garage rhythm that stumbled its way through a dusty haze, like a proper dance track that had a rickety mine shaft collapse on top of it. Bevan’s affinity for barely danceable sounds teetering on the verge of club music was most present in 2012’s “Ashtray Wasp”, which spun around in a spiral of luminous disorientation and blissful chaos only to dissipate into more buzz, hiss, crackle: the anti-climactic finale featuring barely-there wind chimes.

Is this successive edging closer to dance music only to withdraw at the last minute a purposeful tactic? Is Bevan reluctant to make anything so conventional as resembling a club track? Does Burial ever worry about what Burial sounds like?  “Truant” offers no clear answers, but at least some things never change. You can still expect skeletal two-step patterns, the crackle of dying vinyl interspersed with momentary pulses of blinding noise, the death-rattle of heartbroken pop vocals reconfigured and the jangling metallic sounds of artillery placed throughout.

However, “Rough Sleeper” offers a few new flourishes that might provide the epiphany for dancers. Clocking in at almost fourteen minutes, it feels like a magnum opus, except for the fact that every Burial track for the last three years has felt like a magnum opus. Stuttering bass bursts and vocal lines weighed down by a dusty desire are all par for the course, but when prominent organ noises and an excitingly uncharacteristic saxophone emerge, there’s evidence of a feeling approaching joyful. Halfway through, an exciting moment of synthesis occurs as rustling wind chimes blow over a faintly warbling two-step pattern. Even though Bevan seems unconcerned about leaving an idea to linger in a void before abandoning it for a new one, the structure withheld throughout the first ten minutes of “Rough Sleeper” shows an unprecedented dedication to sticking with the material. Of course, every time Bevan’s material takes you to an ecstatic peak, it seems destined to crash afterwards. “Rough Sleeper” is no exception, finishing with a regression back into the depths of foggy darkness.

Though his history of listening to dance music never included attending any warehouse raves, Bevan has described himself as the one “raving in the back”, avoiding the spotlight. The structure of “Truant” emulates this effortlessly, evoking the feeling of walking into the back of the club before the disparate elements of sound gel – noise slowly bleeding together into music, rhythms slowly morphing, gradually rising and falling. An un-altered vocal clip emanates through the darkness, proclaiming “I fell in love with you”, present for only a moment before fading back into nothingness, the texture and rhythm of the track constantly changing and shifting.

Author Mark Z. Danielewski evoked a special kind of horror in his novel “House of Leaves” by suggesting that the internal measurements of a house could somehow be larger than external measurements, that the space we navigate itself is untrustworthy, constantly in flux, easy to get lost in. The second half of “Truant” feels like it’s slowly re-assembling and dissolving around us in this manner, and by the end, the love cry of the original vocalist is long obscured – only dissonant pulses and crackling metallic sounds remain.

Bevan once revealed that many of his percussion patterns were “just people picking up new ammo and weapons in games”, and there’s a military rigour to the final drum patterns of “Truant” that feels abrasive, violent, in complete opposition to the beginning of the track. The twelve minute track time gives Bevan the space to manipulate our ideas of where something ends, something begins, or if somehow what we’re listening to at the end is a mutated version of the beginning.  No matter what evocative, morphing music we receive from Burial, it’s inevitable that one way or another, we’re going to end up in the dark.

A1. Truant
B1. Rough Sleeper