Otherwise known as Dave Sumner, the producer (who hails from New York) was responsible for running the Sandwell District imprint alongside Regis and Silent Servant before the label’s closure early last year. Of the three members, Function’s brand of techno stood out as perhaps the most precision-moulded, with tracks such as “Descending” and “Disaffected” occupying the centre ground between factory-line industrial rhythms and minimalistic dub techno. Since the collective disbanded he’s had only one track to his name, the excellent “Obsessed” released last June on Danish label Echocord, but now it’s been revealed that he has an album on the way from Ostgut Ton, who released one of last year’s most impressive techno albums in the form of Barker & Baumecker’s Transsektoral.

The nine track Incubation will be the producer’s debut album despite his 15 years of production experience, and it looks to place the producer’s stark productions within an imagined narrative context, with the label describing it as “the soundtrack to a suspenseful techno-thriller, or retro-futurist sci-fi tale”. However, the dancefloor still looks to be a primary concern; the label describes “Voiceprint (Reprise)” as sounding “like a classic R&S or Soma release circa ’95”, and “Psychic Warfare” consisting of “overlapping, ebbing metallic acid tones inducing equal measures of tension and elation”. Double 12″ and CD versions will be available, with the CD containing one extra track entitled “Gradient I”.

Ostgut Ton will release Incubation on 2×12″ and CD formats on March 4. 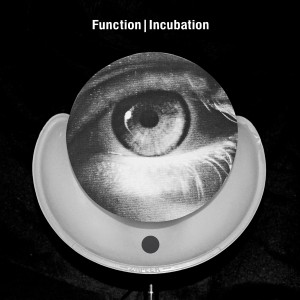