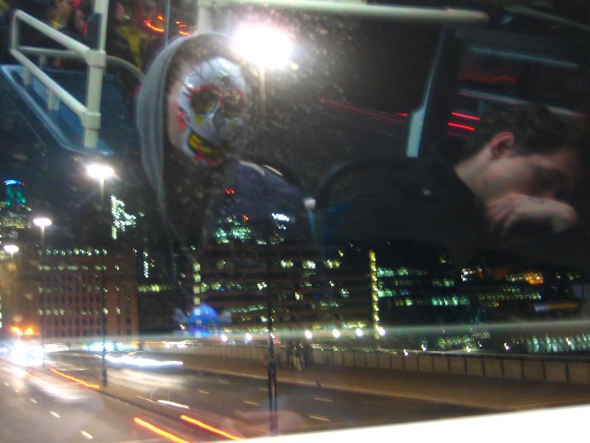 Bristol duo Peverelist and Kowton combine on the first Hessle Audio release of 2013.

Announced in low key fashion by Ben UFO on last week’s Hessle Audio show on Rinse FM, the twelve inch sees the long-awaited release of “Raw Code”, a live favourite of the sets the duo perform as Livity Sound (along with fellow Bristolian Asusu). It’s been high on the request line for some time, having featured in acetate form on mixes dating as far back as the label showcase for Benji B’s Radio 1 show from February of last year, securing it a place on Ben UFO’s forthcoming Fabriclive 67. The track sports the kind of instantly recognisable string bursts that have characterised Kowton’s recent crop of grime influenced techno productions, together with a bouncy yet mechanical groove dominated by weighty sub bass. It comes backed with “Junked”, a slow, decidedly more broken production reminiscent of the experimental rhythm tracks present on Pearson Sound’s Clutch EP released last year.

The release on Hessle Audio comes as something of a surprise; the Bristol based duo have been primarily using the Livity Sound imprint they run with Asusu to put out their recent collaborative and experimental efforts, with Peverelist and Kowton mixes of “Beneath Radar” forming the imprint’s first release. Although Peverelist (pictured above) has already had a Hessle 12″ to himself featuring the excellent “Dance Til The Police Come”, a release for Kowton on Hessle Audio is well overdue – the label’s bosses Ben UFO, Pearson Sound and Pangaea have long championed the producer, who had a breakthrough year in 2012. 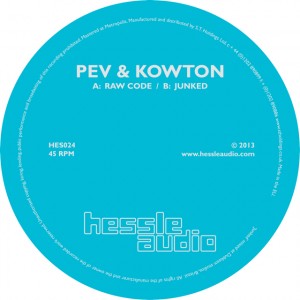 A. Raw Code
B. Junked