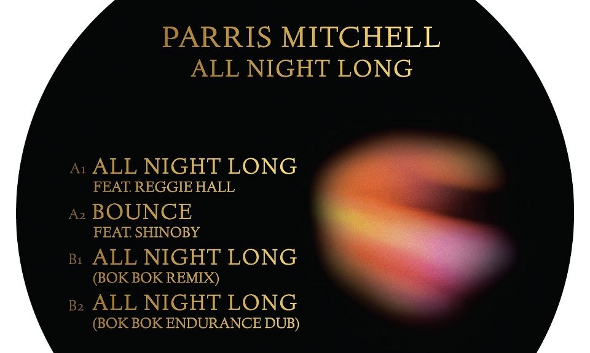 In 1995, Chicago’s Dance Mania label was already a decade old and in the process of re-inventing itself.  While the late 80’s had highlighted the sensual house cuts of Li’l Louis’ and the stalkerishly sultry monologue-driven techno of Hercules’ “7 Ways”,  a new genre of Chicago artist were rising to the forefront of dance music in the mid 90s. The sound that DJ Funk, Waxmaster, DJ Deeon and Parris Mitchell pioneered was a stripped down, raw percussive sugar rush – immediately accessible, with explicit shouts and chants often recorded by strip club announcers in the early days. Relentlessly catchy and constructed with minimal resources (sometimes just a drum machine, microphone, and synthesizer working in conjunction), it was music for prime-time booze soaked sticky basement dance floors, bad decisions and good footwork.

Speaking on the success of the emerging genre, DJ Funk once stated that the music was “real explicit, because…it’s real shit, it’s what motherf*ckas wanna hear. If they didn’t wanna hear it, they wouldn’t buy it.”  The mid-90’s emerging term “ghetto house” spoke to that realness. Ray Barney, former owner of Dance Mania in mid-90s, once described how his label would receive fervent calls from record stores demanding that give them “more of those ghetto tracks, that ghetto house”. It’s unclear whether these calls were responsible for the emergence of the term, or if DJ Funk pioneered it roughly around the same time with 1996’s “Ghetto House Anthems”.

This writer brings up the origin of the term “ghetto house” because I think Parris Mitchell’s 1995 Project EP embraces the term at moments and diverges from it at others. Mitchell had been working at Dance Mania Records for seven years by the time his “Project” EP saw the light of day, and though “All Night Long”  shared the raw immediacy of several other mid-90’s Dance Mania releases, it carried a sleekness or finesse that harks back to an earlier time, remnants of 80s piano house and fragmented disco breakdowns still present in the mix.

Reggie Hall’s vocals atop the crashing piano chords in “All Night Long” still sounds pristinely preserved fifteen years after its original release, touting an infectious hook that guarantees physical participation from the dance floor. Even though the lyrics are unabashedly x-rated (“Clap your hands if you like the dick” serving as one of the less offensive phrases throughout), Mitchell’s tracks never seemed intended to shock or offend. Instead, it was an unhinged ode to getting it on, sung with an r&b influenced earnestness, a stark contrast to the multi-syllabic repetition of popular Dance Mania tracks at the time. “All Night Long” transcended the sex jams of the time by pulling them off with way more soul, and if the ghetto house movement revered its producers as what Dance Mania artist Waxmaster called “the gangster rappers of house music”, then perhaps Mitchell was the equivalent of Nate Dogg.

With the Project EP now fetching well over a hundred dollars per copy on Discogs, a repress was more than necessary, and Ukraine’s Wicked Bass Records have come through with a release that preserves the integral rawness of “All Night Long” while adding some new flourishes. Not content to rest on the laurels of his old productions, Mitchell teams up with Italian newcomer Shinoby (Omar Contri) on new original production “Bounce”, which carries a percolating acid line around a series of wailing sirens, jerking elastic piano chords holding the whole thing together. Its stumpy thudding rhythm has potential as a discombobulated ballroom track for 2013, and it’s an invigorating new side to Mitchell that will hopefully continue to develop in future productions.

Wicked Bass wisely commissioned Night Slugs label runner Bok Bok to provide two renditions of “All Night Long”, an apt choice since the Slugs crew offered tribute to Dance Mania before, through L-Vis 1990’s analogue hard house thud on recent Club Constructions Vol. 1 release and Bok Bok’s deployment of Lloyd Devastating Jackmaster’s  “Magic Fingers” in sets. The reconfigured version of “All Night Long” is a perfect revisiting of the source material, one that walks the line between abrasive and elegant, adding a heavyweight clang behind the piano line which gives the impression that the original’s been submerged into a tank of water and shaken profusely. Near the second half, Bok Bok ratchets up the energy, vocals held together by surging electronic pulses, bongo taps, and what could well be a malfunctioning cassette spool. The accompanying “Endurance Dub” strips away all the vocal sinfulness save the hymn-like “yeah”, and focuses more on weaving in and out of intricate percussive patterns for the five minute duration.

Wicked Bass Records’ choice to reissue “All Night Long” is commendable, and other labels have taken similar steps to allow a new generation the chance to indulge in Mitchell’s sound. The Berlin based Deep Moves label recently released “Juke Joints Volume 1”, a compilation of Mitchell’s landmark 90’s moments, and forthcoming “Juke Joints Volume 2” will showcase Mitchell’s first new EP of all-original productions since 1997. Hopefully this will begin to atone for the long period of neglect that ghetto house pioneers have endured over the last decade. Considering that Mitchell’s mid-90’s track “Ghetto Shout Out” was responsible for Daft Punk’s “Teachers”, more recognition is due for the genre of Chicago house pioneers who incorporated a unique brand of warped disco vibrations, pop perfection and gleeful profanity into dance music.