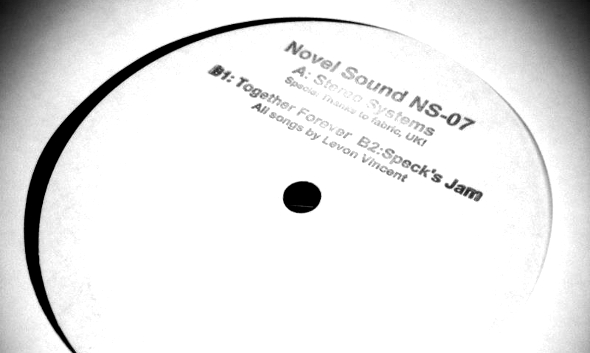 Levon Vincent is fully aware of the importance of subtlety, sophistication and balance when it comes to the art of modern house and techno productions and with the inspiration of both a music degree and his tight-knit New York affiliates, he’s engineered a fine balance between potency and panache through his two imprints – Deconstruct, the enigmatic white label jointly curated with the city’s emerging talent, Anthony Parasole, and his own Novel Sound.

This latter label symbolises Vincent’s unique approach to making dance music, one that aligns simplicity, rawness and intricacy together with seductively nostalgic harmonics. The aptly named, “Double Jointed Sex Freak” or the anthemic chimes of  “Man Or Mistress” are just the tips of a deep iceberg yet to be fully revealed – a sound that struggles to contain its emotion, held in place by the tough 4/4 structures that crystallise its arrangement.

Continuing this theme, Stereo Systems is a vivid characterisation of Vincent’s own disapproval for immediacy and short-term thrills. The title track itself is a cunning expose of subtlety, through which we don’t immediately acknowledge the force yielding the magnetic storm of sonics and effects brewing in the horizon. Its tenacious, reverb-funnelled kick drum sets the scene for what develops into a cataclysmic downpour of mutating waveforms and glassy timbres, gradually pummelled through an abyssal swell of delays. The track’s only component preventing a total detachment from reality being the consistent beat, waiting patiently for the aural blizzard to dilate and unleash its oscillating tones.

“Together Forever” further explores Vincent’s fascination with the meticulous nurturing of sounds, this time coated in a considerably more savage dressing. The parts are limited but it’s their altered context and inevitable passage through mounds of delays and reverbs which metamorphoses them effectively; a sweltering kick drum is given minimal space to breathe amid the blockades of shape-shifting percussion slices that integrate so effortlessly with the crackling synth waves lying ahead. Like all his productions, it’s a piece which opts for the containment of fury rather than an all-out cacophony of noises, rendering it both mystical and alluring with each new listen.

As a final treat, Vincent has resurrected the much sought after “Specks Jam” famously showcased on an Underground Quality string of mix tapes in 2009 and a track that’s liable to cause serious dance floor pandemonium. A bouncy guitar bass hops in and out of the loop and just as we’re wrapping our heads around Vincent’s lesser known personality; we’re submerged by the familiar torrent of delayed chords and echoing drums – another one of our duly needed lessons in sophistication and balance.

A1. Stereo Systems
B1. Together Forever
B2. Specks Jam