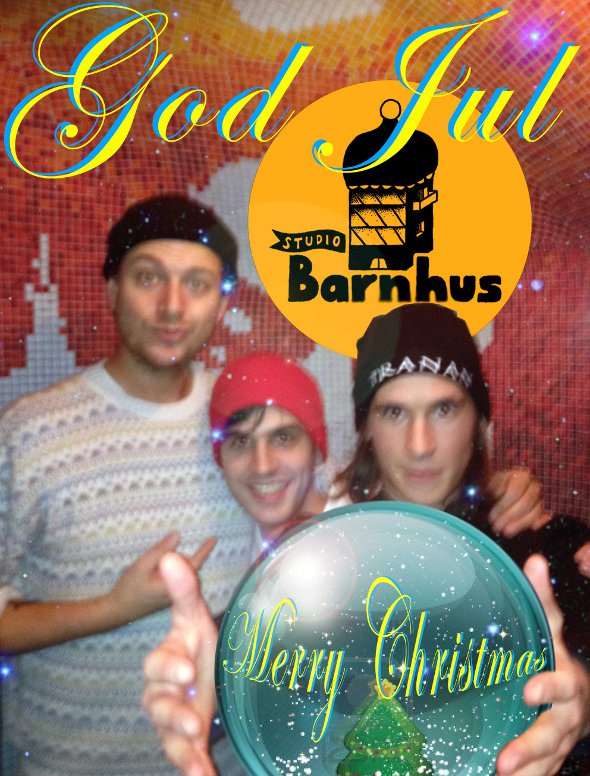 Swedish collective Studio Barnhus get into the Christmas spirit with a free “Xmas dub” from KOKO – download inside.

Seemingly a new alias for Barnhus mainman Kornél Kovács, the original version of the intriguingly titled “Yob” is set for a limited white label vinyl release in early 2013 alongside a HNNY jam – in the meantime the dub version can be streamed or downloaded via the Soundcloud player below. On first listen it’s pleasingly reminiscent of JD Twitch’s edit of Christmas staple “Silent Night”, with gentle chimes and plaintive keys offset again distant vocals.

The Stockholm based label helmed by Kovács along with Axel Boman and Petter Nordkvist (all pictured above looking suitably festive) also let slip on its intentions for the year ahead, with forthcoming material on the way from the likes of USIO, Lukas Nystrand, Boska/Pedrodollar and Baba Stiltz.