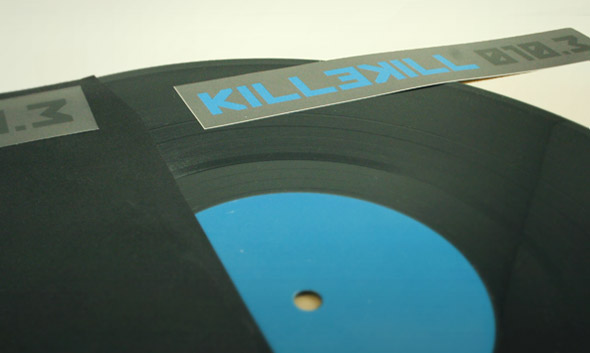 In its original form, Killekill was a party that embraced all sorts of electronic music, and the label has opted for the same approach. It doesn’t seem to bother the former Shitkatapult employee Nico Deuster who runs Killekill that the imprint’s first steps have displayed an almost schizophrenic disregard for the kind of micro-genres that defines electronic music.

In fact, like Semantica boss Svreca and Micky who runs [Naked Lunch], Deuster seems far more interested in what constitutes a great tune, irrespective of the tempo being 100bpm or 160bpm and regardless of whether it was fashioned in downtown Detroit or a windswept Dublin suburb. Following the wild techno of Alex Cortex’s Raw, comes Killekill Megahits, a triple vinyl & digital release that perfectly captures the label’s approach. It begins almost innocuously, with “The 2” by Bill Youngman a downtempo, jazzy piece that suddenly veers into rude boy half-paced jungle bass. Despite being a Berlin label, UK culture is further represented with the curious blend of ragga vocals and twitchy acid lines on Affie Yussuf’s “Onna Roll”, while Radioactive Man serves up his typically party-friendly electro, replete with tonal bass licks on “Addict” and Neil Landstrumm returns to techno territory – albeit a less distorted, noisy one – on the dark, ravey bass of “On The Pussers”.

There are also nods to contemporary European techno, with the most notable being the grainy, dense rhythms and searing acid of Cassegrain and Tin Man’s collaboration, whilst US producers are represented with the murky jack of JTC’s “Crush Arbor” and the frightening synths, predatory bass and hyperactive rhythms of DJ Stingray’s “Ego Assault” which has echoes of Suburban Knight. Killekill also proves itself again to be home to the outsider, featuring the punishing beats and menacing synths of Lakker’s Autechre-eqsue “Darcdub” and the spectacularly depraved “Geck”, a stripped back production from Furfriend powered by a bombastic bassline and featuring a deadpan pervert talking about taking drugs and how he likes to come on people’s faces with his “fat cock”.

Electronic music may have become a smaller place thanks to technology, but as Megahits shows, Killekill’s world remains as colourful and occasionally disturbing as an LSD-drenched peek through a kaleidoscope.