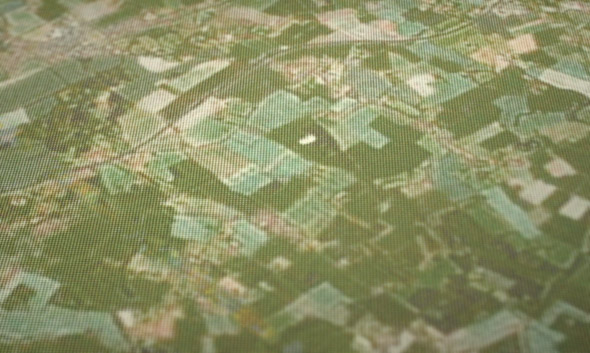 There was certainly a lot of attention placed on Gerry Read from the first moment he emerged. It’s not hard to fathom why, as the pivotal series of 4th Wave releases revealed to the world a madcap young artist with an undeniably unique voice, straddling the axis of weird and good and leaving a trail of sonic mayhem behind him. Read’s sound is sample-heavy and seeks to funnel disparate sources into a melee that sometimes moves like house music, but very rarely sounds like it.

There was an overriding feeling as the plaudits came flying in that it was a little early in the day to be hailing Read as a messiah of where house was heading. That’s not to dismiss the strength of the start of his career, but all too often prodigious talent buckles under the weight of expectation it never asked for. At the same time, you could tangibly hear an artist still figuring themselves out, testing the edges and taking punts that didn’t always pay off. It’s a natural and necessary part of the process for any creative venture, and arguably all the more enriching when you get to observe it in action.

As such, Jummy can be considered a welcome and exciting next step in the story of Gerry Read, finding the producer getting a handle on his music, bringing it into focus like never before. Don’t worry though, it’s still a thoroughly unhinged kind of beat music, and somewhere underneath the rubble there lies house, but Read can now wield his maverick ideas and approaches with greater poise, pacing his tracks and spreading them out perhaps emboldened by the space an album grants you.

There are some more linear moments to enjoy, such as the filtered-piano goodness of “Evidence” or the nagging jack of “Be Pushing (She)”, but the tracks still career towards freaked-out endings before they can be dispensed with. There is also a pleasing dip into the world of jazz-soaked micro house on “Give Myself To You” which calls to mind the rough sample chopping of Ark, although it still feels soaked with a quintessentially Gerry Read kind of murkiness. If anything, jazz is the main informer across the whole LP. The drums are all living, breathing ones, while the atmosphere is filled with distant horn blasts or dismembered keys. “Crawl” perfects the Blue Note mood, sounding utterly loose even as it ruts away in a relentless loop, while “Gibbon” finds solace in the wonkiest of grooves made up of jagged break licks and insane baritone sax honks.

This continued thread throughout the album helps make sense of Gerry Read’s ways, more so than was ever comprehensible on a single; while the ideas remain refreshingly individual throughout, everything fits together. It’s an undoubtedly bumpy ride moving on a sonic tour through Read’s wildly active imagination, but it never gets dull and it never gets jarring, which is no mean feat across thirteen tracks. You could argue that Read rose to prominence by making willfully strange music, but Jummy is the sound of a man mastering that strangeness rather than being at its mercy.