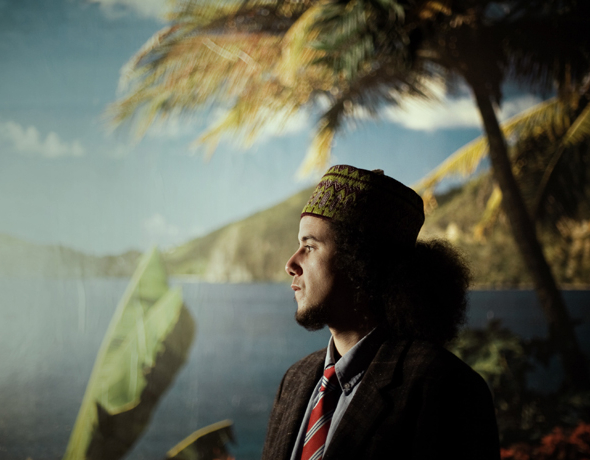 One Handed Music will release Tusk Dance, the final part of a 12″ trilogy from Mo Kolours, next February.

The Anglo-Mauritian percussionist and singer first surfaced on the London label in May of last year with the Drum Talk EP, an eight track release brandishing an insouciant slant on the Sega music of his homeland yet also hinted at a dope addled appreciation of Theo Parrish, dub, dreamy pop, hip-hop and more. Unsurprisingly, it pricked the ever attentive ears of Gilles Peterson who included standout track “Biddies” on his Masterpiece compilation for Ministry Of Sound, and Mo Kolours subsequently contributed the opening track to the Kutmah curated Worldwide Family Vol. 2 released by Brownswood in April.

Banana Wine, the second installment of Mo Kolour’s projected trilogy, arrived back in February, a superb collage of productions that demonstrated a new found confidence, happily veering from psychedelic hip-hop to dusty Cuban percussive workouts via the Mauritiastep styling of the title track and featured an excellent remix from Future Times artists Beautiful Swimmers. The forthcoming Tusk Dance 12″ is described by the label as Mo Kolours’ most introspective work to date, drawing you further into his singular creative vision, features a remix from Sa-Ra Creative Partners lynchpin Shafiq Husayn and, amusingly, Keira Knightley is thanked for undisclosed reasons.

One Handed Music will release Tusk Dance by Mo Kolours on February 24, 2013 – a brief trailer below should set the tone for what to expect. 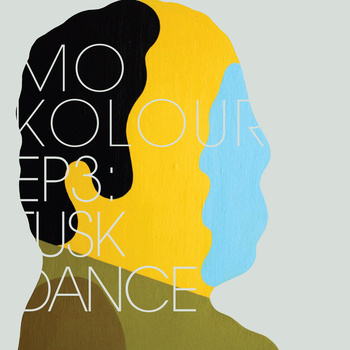