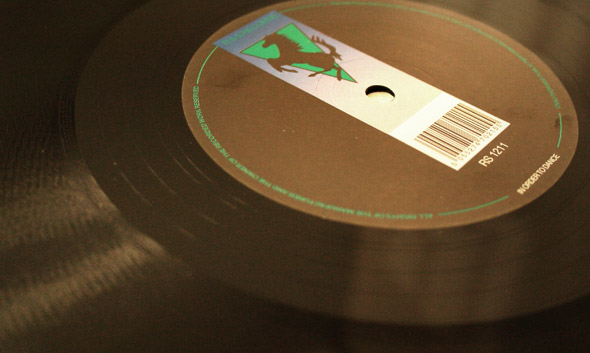 Belgian/UK label R&S claim that the tracks on Your Orders could ‘only have been made in 2012’, but this writer begs to differ. Like Truss’s recent release as MPIA3 for Shifted’s Avian label, part of Your Orders sounds like it could only have been created during the early to mid-90s.

Like “Ely” and ‘Squatter’s Dog” from the Avian release, “Crusty Juice” and “Acid Badger” take inspiration from the sound of techno labels like Magnetic North and the pioneering US imprint Synewave. “Juice” in particular is inspired by the output from Dave Clarke’s now dormant imprint.  Its main focus is a distorted, grainy kick drum, a beat that is so cavernous and malevolent it could have been programmed on Lucifer’s own 909. The demented horn sample that rattles in, creating more impetus for the track, could have been lifted from a Djax record, but irrespective of the source, “Juice” has the kind of raw form agression and sense of danger that’s rare in contemporary techno.

“Acid Badger” is slower, but its intensity levels are the same, with a pounding industrial track covered in layers of grimy acid. At any moment, it feels like a vocal is going to order the listener to ‘bang the box’, but it never materialises. By contrast, the remaining tracks could only have been made in 2012. The combination of rattling broken beats, distorted, tangled bass and digital noise that prevail on “Ridge Way”, “Roly Poly Babs” and the title track are a byproduct of the shift towards more abstract dimensions, but they can’t compare to the sheer brute force of MPIA3’s 90s obsession.