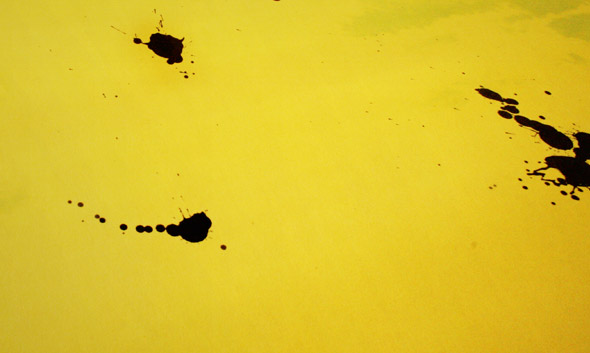 For a while there it seemed like the accessibility of digital production and its ensuing glut of characterless music had ensured that anyone who could get hold of some crusty analogue equipment to run their tracks through was guaranteed success, and the chance to stand head and shoulders above the rest of the baying crowds of beatsmiths through sheer sonic charm and raw aesthetic. Alas it seems that it’s no longer that simple, as an ever increasing swell of artists both burgeoning and established reach for the hardware to bring authenticity and relevance to their tracks, and once again ideas and imagination must be called upon to truly stand apart in ever more competitive times.

With his preferred tools of a 707 and a Nord Modular, Benjamin Brunn is unquestionably devoted to the out-of-the-box approach, but fortunately for him it has been many a year his fluid and exploratory sound has emanated from Hamburg, the place he calls home. As such, an album such as A Sun Life gives new light to the possible places you can go with such tried and tested sounds as these. The tom fill you hear at the climax of “The Way She Giggled” may be maddeningly familiar, but its brief appearance and juxtaposition with an almost atonal melody gives it an entirely different purpose from that you would expect on a more typical Chicago jack track.

There are more brave forays into the unknown as the album progresses past lively and colorful techno into such beatless dubby space as exhibited by “Pankhom Memories” with its pneumatic bass hits and gently building percussive harmonies, moving through distinguished key changes and dynamics that require the most wisened of touches. “ISS” is similarly bold in an entirely different way, oozing refinement as a single synth fills the dynamic range with an engrossing melodic progression.

If there was any proof needed that Brunn’s employment of old-skool hardware is rooted in something deeper than hype, it would be in the quality of production on the whole album. There’s never a moment of distortion or fashionable scuffing, instead aiming for quite a pristine end result (albeit more attractive than a similar end pursued without the benefit of analogue gear). It’s quite refreshing to hear a distinct lack of tape hiss behind the gorgeous swathes of synthesiser and machine beats, whether they intone a dancefloor message or extol an experimental virtue. Benjamin Brunn needs no such contrivance; his ideas are strong enough to stand without them.