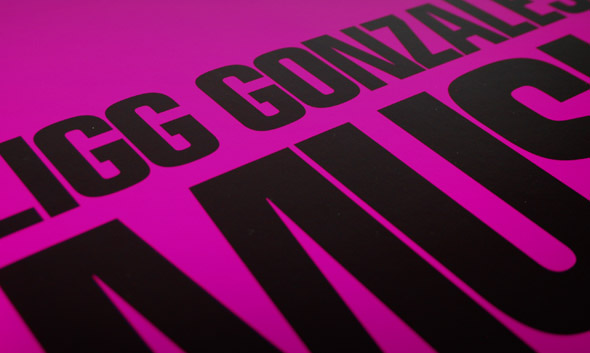 How does Rene Pawlowitz manage to stir up such a flux of excitement when his records first appear on those Hardwax pages? After all, we’re not exactly talking about the latest chart hit here – his productions are notoriously raw, off-kilter, reductionist and largely beat-driven, containing only shards of fragmented melodies, but yet there’s a distinctively personal and honest characteristic about them.

The man otherwise known as Shed, Head High, WK7 and a whole myriad of other pseudo-rave monikers has undoubtedly injected a certain flair and playfulness into techno, a genre which is now all too often predisposed towards monotony, partly through the aforementioned shape-shifting, but more importantly with his inimitable percussion style which – for better or worse – never ceases to render him unrecognisable.  In fact, he’s almost a prisoner of his own identity, one which simply cannot be masqueraded from its oozing individuality.

Whether it be his Shed project, one reserved predominantly for more reflective work, the dub-filtered hysterics of his WAX/EQD 12”s or the presently reviewed Power House/H2 subsidiary, Pawlowitz’s most alluring traits lie in his ability to homogenise these divergent musical psyches into one irresistibly unique framework, but also to successfully align the past with the future. Indeed, it’s evident that some of his best tracks, particularly the Power House cuts, are blatant odes to rave and hardcore’s seminal influence on his own musical heritage, something which is clearly audible from those beautifully hollow bass drums, subtle breakbeats and almost hummable, tattered melodies. But Shed’s productions are just too darn enticing and unpredictable to be considered mere re-workings of old ideas.

Even this latest Head High excursion is a brutally honest portrayal of how former styles can seamlessly integrate with more contemporary influences to create something that’s both interesting and experimental without forsaking a more grounded musical framework.  Zigg Gonzaless, another new facade created to express Rene’s smoother personality, steps up with a sweltering quasi-deep house bomb, and if it weren’t for those pounding, reverberated kick drums, he could almost fool us into believing it wasn’t him.  Its accompanying female vocal, softly echoing the word “house” over and over, blends fluidly with the delayed chords bouncing freely between the sliding plates of percussion. It almost sounds like the birth-child of “Rave”, Shed’s previous Power House seducer, albeit with a slower tempo and considerably gentler arrangement.

It’s with Head High’s remix of “Penny Pincher” that Rene gives us our expected bewilderment. A ferocious mishmash of booming kicks and rattling hi-hats shake frenziedly above a vortex of white noise, with Shed’s familiarly brooding chords very much in sight. It’s a track which further manifests his skill at creating solid, relentless grooves built with both the listener and DJ in mind.