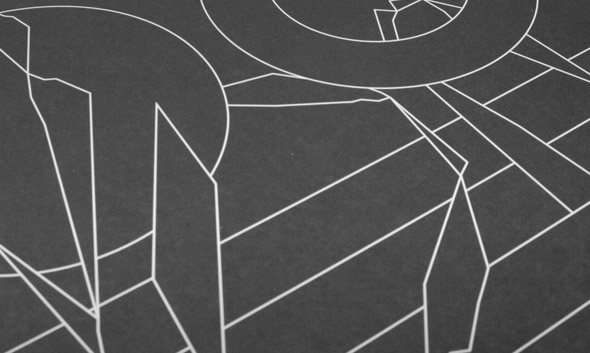 The problem with excelling at something, be it music, art or designing garden gnomes, is maintaining the levels you’ve set for yourself. This is the position producer Andrew Field-Pickering finds himself in. Under the Maxmillion Dunbar guise, he’s spent the last few years perfecting a glistening, synth-laden sound that’s simultaneously gorgeously optimistic and strangely melancholic. After first impressing with a series of electronica experiments on Ramp, he’s shown himself to be a rather accomplished maker of vintage sounding, near kaleidoscopic dancefloor tracks that sit somewhere between woozy nu-disco, futuristic Balaearica and spacey deep house. “Polo”, in particular – a track so good it was re-released by Live At Robert Johnson earlier this year – was near perfect; a modern-day electronic classic that’s almost guaranteed to have the hairs on the back of your neck straining to keep upright.

In recent times, Field-Pickering has also proved to be more than adept at producing more straightforward house tracks. Last year’s Everyday EP for Long Island Electrical Systems stripped back the layers of synths to leave a three-track collection of machine-driven vintage house cuts, while this year’s deeper “Orgies of the Hemp Eaters” was driven forward by hissing drum machine cymbals and relentless 909 snares. That last release was notable for its depth and quietly tearful atmosphere. While it was as beautiful as you’d expect, there was little of the wide-eyed, kids-at-Christmas positivity we’d come to expect. In some ways, it was all the better for it.

Eight months on, Max D returns. This time he’s pitched up in RVNG Intl with a three-track EP that showcases all three sides of his musical personality and acts as the tasty prelude to a forthcoming album for the New York label next year. “Woo” is classic Maxmillion Dunbar, a cheery fusion of bold, spacey melodies, contrasting chords stuttering drum machine rhythms. With each chime, drum kick and crystalline chord, there’s an explosion of aural colour. It could be orange, maroon, purple, yellow or even pink; in truth, it’s probably all those at once. As with most of his work, it’s hard to accurately pin down. It’s not house in the most obvious sense, but then it’s not nu-disco, synth-wave or electronic either. It’s like some glorious hybrid. In truth, it’s not his best track to date, but its still marvelous and thoroughly gorgeous.

“Shampoo” harks back to his early work on Ramp. Almost entirely beatless, its dreamlike construction is peppered with synthesized steel drums, cascading melodies and infectious, stargazing electronics. It’s neither downtempo or overtly upbeat, but it brings pleasure from the first second to the last. The EP’s most startling moment is “Drift”, a formidably robust exercise in acid house era drum machine love that’s unflinchingly tough. It’s little more than clattering drums, hissing cymbals and a bone-crunching analogue bassline, but Field-Pickering tweaks the groove like a pro. It’s the sort of thing you’d expect from Disco Nihilist, though it’s a little sharper and sparser than his fuzzy output. As drum tracks go, it’s pretty dope. As an EP, Woo falls a little below Field-Pickering’s usual sublime standards. It’s a mark of his qualities, though, that it’s still nigh on essential.