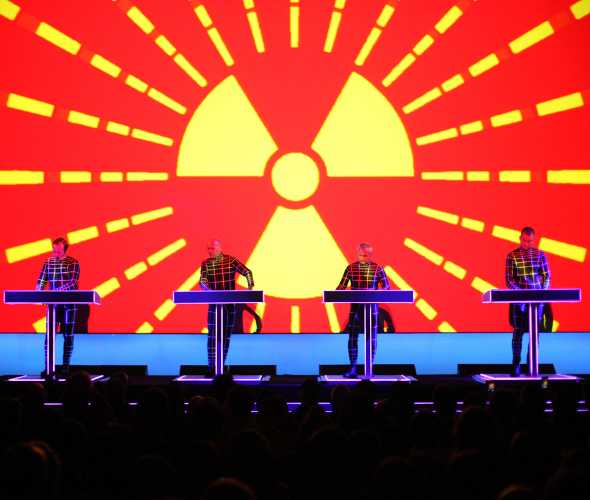 The long running Sonar festival has announced the first names to appear on the 2013 billing, with Kraftwerk called upon to celebrate the annual event’s landmark 20th edition.

There are few acts in electronic music more illustrious than Kraftwerk, and the German outfit will be showcasing a new 3D audio-visual show at Sonar Club that promises to present their greatest hits in a unique and updated fashion. Alongside them, British synthpop titans Pet Shop Boys mark a welcome return to Barcelona, having made their Sonar festival debut back in 2002, and the press release states that Neil Tennant and Chris Lowe will also be unveiling a new show featuring “featuring visuals and technological content” – expect it to include a mixture of classics and their recent LP Elysium.

Sonar runs from June 13 -15 in Barcelona – further information and tickets can be found here. A typically bizarre preview of Sonar 2013’s artwork can be viewed below.