More details have emerged for Andreas Tilliander’s forthcoming album for Kontra Musik under the TM404 alias.

As we previously reported, the prolific Swedish producer established the unique live TM404 project in order to explore his passion for various pieces of Roland machinery, with a soon to drop 12″ featuring remixes from Morphine boss Rabih Beaini under the Morphosis banner setting the scene. The forthcoming album, also titled TM 404, is slated for release in February and features eight polyrhythmic productions apparently recorded live in one take without any post arrangement using a combination of Roland gear, including the TB-303, TR-606, TR-7-07, TR-808 and MC-202 drum machine.

The tracklisting makes for amusingly literal reading, essentially documenting how many units of each Roland model were used, while the name TM404 is itself a nerdish homage to Roland, referencing the fact the company elected not to manufacture a 404 machine due to the fact the sound for four, ‘chi’, is the same as the sound for death in Japanese. Speaking on the tone of the album, Tilliander explains that despite the usage of the Roland 303, TM404 is a bit too low-key to work on the dancefloor, instead its polyrhythmic nature ensures the eight tracks are “more related to composers like Steve Reich than acid legends such as Adonis and Maurice”. A further video demonstrating Tilliander working a bank of 303s for the final album track should convey what to expect. 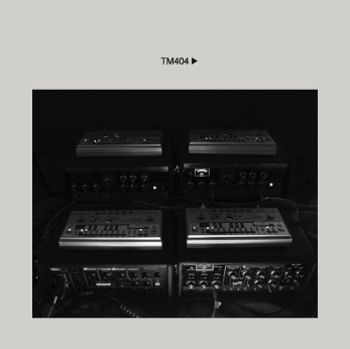