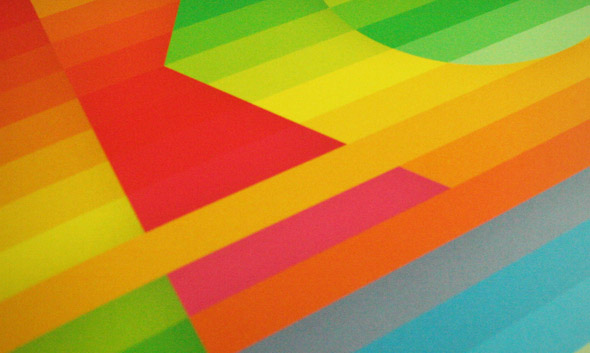 There were some high profile albums and compilations hogging the spotlight this week, led by the ever amusing Legowelt.

Danny Wolfers is currently one of the most eminently followable musicians on Twitter, mostly because he feels no shame in expressing his inner music nerd, and this is certainly something that shines through on the cover art for The Paranormal Soul, the Dutchman’s ninth long player as Legowelt and by our count 47th in total (perhaps a slight exaggeration there). It’s possibly his most mature collection of material to date, toning down some of the rawness of his earlier work without losing any of those distinctive melodic flourishes that are part mysterious and part cheesy that Legowelt has on lock down – check the full review of The Paranormal Soul here if tracks like “Rave Till Dawn” or “Clap Yo Hands” don’t convince.

The words “finally” and “Golf Channel” seem to go hand in hand, with DJ Nature’s much promised debut album Return Of The Savage appearing in finished, gatefold form some four months after a lucky few managed to procure one of those pricey white label editions. Trust us when we say it’s been worth the wait, from the moment those paddling drums hit hard on the opening title track you get sucked into a sweet journey through the most soulful of house music that’s equally suited for headphones and the dancefloor. Equally impressive in execution, though altogether different in style is Orbiting, the debut album from French producer Bambounou which ranks high in our affections among the many different releases from 50 Weapons this year, confidently striding between moments of  raw bass physicality, broken techno, brightly lit UKF,  footwork and his native 90s French touch.

On the compilation front, Hemlock Recordings barged to the front with their slightly puzzling cross format Chapter One release, sporting a Untold helmed mix CD that deftly crams the stylistic curve of the label’s last four years into one 17 track, 65 minute selection, and a triplet of 12″ accompaniments that brandish that mix’s exclusive material from the likes of FaltyDL, Joe, Randomer and Untold himself. Hemlock completists might fall out with their wallets over all this, but it’s a classy retrospective of one of the finest labels currently operating. Not to be outdone, KilleKill elected to celebrate the slightly less impressive landmark of reaching ten releases with an ambitious triple 12″ compilation sporting contributions from amongst others JTC, Stingray, DaDub, Neil Landstrumm, Tin Man and Snuff Crew, while in more serene compilation waters the excellent Public Information opened up the archives of Toronto music library Parry Music with Tomorrow’s Achievements, a wonderfully presented 25 track selection that covered a bewildering array of music.

There was of course the usual array of standard 12″ niceness this week, led by Future Times captain Max D and his triple track primer for next year’s House Of Woo album on RVNG Intl. Fans of the hirsute Beautiful Swimmer should consider Woo a buy on sight 12″, deftly expanding on the palette of his most recent Future Times output. Snapping percussion jackhammers through billowing clouds of fluffed purple haze, viscous basslines get punished by recycled hi hats and perhaps most impressively “Shampoo” gets lost in a wondrous maze of synthetic bliss. Keeping on a house flex, there was a jaw dropping debut on Mathematics from Roche, Aaron Siegel slipped out further renditions of his FXHE smash with L’Renne “Tonite” on his FIT Sounds imprint, Tevo and James T Cotton remixed the hell out of Buckfast aficionado Marco Bernardi on a killer Creme 12″ under the amusing title of The Parking Attendant and Rush Hour bookended their Elbee Bad retrospective with one last 12″.

On a techno tip, aside from the aforementioned Hemlock and Killekill heat, Call Super dropped our favourite Throne Of Blood release in some time, clasping two of his own productions of stomping, urgent techno with violent tendencies as well as two superlative and totally diverse remixes from Mr Mad Dip Revue Madteo and Liverpool’s finest John Heckle. Complementing this, Stroboscopic Artefacter Lucy returned to one of the first labels he released on, gracing Belgian stable Curle with a Finnegan shaped slab of chugging industrial techno that came with two excellent remixes from the 50 per cent of Karenn called Pariah.

Over at Juno Download, the Pachanga Boys arrived with their debut album/apology, We Are Really Sorry. Since first popping up in 2009, Rebolledo and Aksel Schuaffer’s project has attracted a lot of attention – given the curious contents of this in turns zany, inspired and downright odd debut album, it’s easy to see why. Split between silly skits featuring tongue-in-cheek female spoken word vocals and fully formed tracks, it was like a stripped back South American/German take on the formidably over the top musings of Mungolian Jetset.

On a rougher, tougher tip, the new label from Warp’s digital operation Bleep hungrily captured two of the world’s most talented techno production duos. In the UK corner, it was Pariah and Blawan working as Karenn, with “Studio 3” a swampy, bludgeoning affair, as pounding, pummelling beats mixed with a muddy, swampy bassline and some of the most outrageously over the top analogue riffs since Jeff Mills in his prime. In the German corner it was Berlin-based Italian duo The Analogue Cops, whose “OCPLX1” sounded less upfront because the beats are more lo-fi and not as loud in the mix, but make no mistake about it, the combination of firing percussion and eerie chords are highly effective.

Elsewhere, Byteone and Alva Noto from Raster-Noton continued to experiment with more dance floor friendly sounds, with “Science For A Better Life” sounding like a mutant version of electro, its robotic bleeps and steely 808 drums underpinned by blasts of noisy bass so ferocious it’ll make your hair stand on end, while Tim Kelling entered Erdbeerschnitzel mode for Tender Leaf, his second full-length, which delivered bright but woozy electronica heavily laden with nu-disco synths and curious, off-beat deep house rhythms. Tim Hecker and Daniel Lopatin became Instramental Tourists with an album of intricate, neo-classical drones, while Old Apparatus released Harem, the fourth release on their own Sullen Tone imprint, and the third to come from an individual member of the collective.