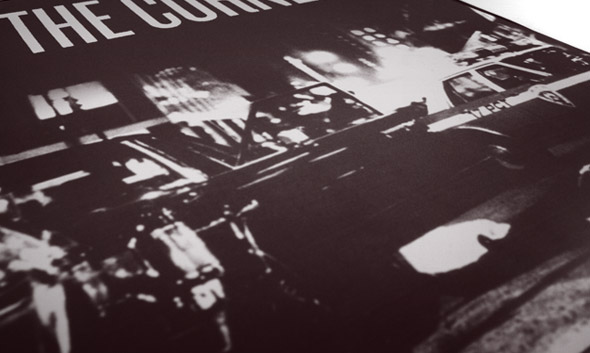 New York has never ceased to serve as a hotbed for innovative, DIY creative endeavours, both in musical terms but also more heterogeneously. It’s been an influential nucleus for countless genres and artistic movements, such as punk’s early days in the late 70s downtown area, or the transformation of disco into the worldwide phenomenon that is house music through developmental hubs like Paradise Garage and The Loft.

Nevertheless, like all socio-cultural thresholds, it has experienced moments of hibernation and seclusion from its external scenes – an immediate example that springs to mind was the relative stagnation of the city’s first wave of 4/4 dance music shortly after the turn of the millennium. Since then, New York has been in transition mode, rebuilding its musical arsenal to form an innovative and distinctive new sound, one which lingers palpably over the current state of affairs within the 120-126 BPM region. Spawning independent labels and fresh strains of experimental music are now commonplace in the Big Apple, from Jus-Ed’s Underground Quality (a label which has almost single-handedly re-kindled the city’s love affair with house music); Ron Morelli’s L.I.E.S imprint; Madteo’s murky, slow-mo beats; and Deconstruct music, the low-key label spearheaded by Levon Vincent and his lesser known associate, Anthony Parasole.

Judging by the second release on Parasole’s own imprint, The Corner, which also marks his first official EP, it seems as if the producer has simply been taking his time to develop and mature his sound into the chaotic and vigorously alluring blend of quasi-techno deluge that shuffles throughout Atlantic Ave.  The different timbres and sonics are lavishly grainy and engulfed into a dense sub-layer of effects and analogue spontaneity, partly thanks to Phil Moffa’s mixdown alchemy. Moffa is another figure little known outside of New York’s inner circle of house heads; he runs the Butcha Sound Studios in the heart of Manhattan, a sweaty basement dungeon barely containing the deranged frequencies emanating from the modulars and drum machines adorning its walls. The title track is an intricate patchwork of percussion, one which builds and evaporates through the duo’s careful manipulation of effects and hollow tones which howl menacingly throughout its seven minutes.  The elements are few but they’ve been stretched out and stripped down to their bare bones, those metallic hi-hats desperately attempting to escape their ominous surroundings: a chilling collage of bass growls and sporadic drones, filtered through a deep tunnel of delays.

It’s the organic “livejam” approach that renders these tracks so animated; you can almost hear them working those EQs to their full potential. In fact, the “Atlantic Ave Retake” is an even cloudier extension of its predecessor, almost resembling a possible continuation of the track within a live club setting.  The sharp hi-hats are now mutated into a rumbling bundle of analogue delight, and the muffled kick drum is given more room to breathe among dampening swirls of white noise which feverishly mutate to stir the resulting storm of atmospherics. “Ocean Bottom” pushes its components further still, and with no discernible kick drum in sight, the piece gathers momentum thanks to its distant percussion – a broken mass of hi-hats which sway left, right and centre, and the familiar palate of gloomy tones and hums which refuse to retain any constant shape, but instead metamorphose into an off-kilter ode to industrialism. Both Parasole and Moffa have applied an ingenious method to their workflow, offering a thorough experimentation into one set of sounds, moulded and remoulded to showcase their personal brand of music.