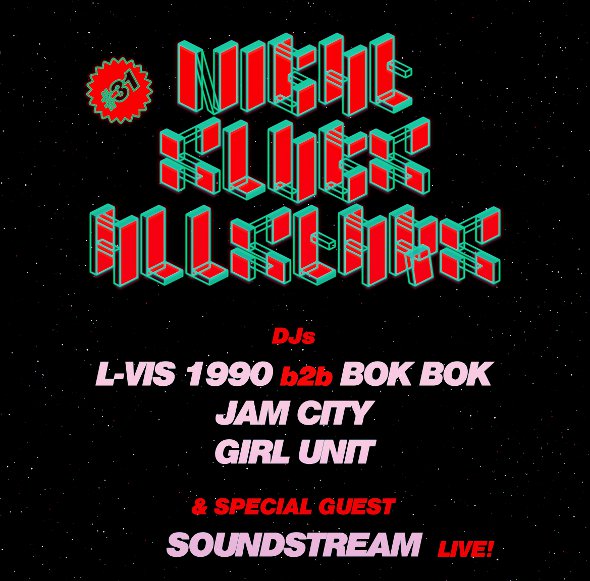 We’ve got a load of Night Slugs merch to give away, including vinyl test pressings, a hat and tickets to next month’s label showcase in London.

We have been reliably informed that the vinyl selection up for grabs will include “a bunch of stuff from this year’s release schedule”, which should be good enough reason to enter the competition on its own, with the inclusion of a Night Slugs Starter Hat and a pair of tickets to next month’s Hydra party merely sweetening the deal. We’ll also pick a runner-up who will score their own pair of tickets to the event, which is set to take place on Saturday, December 15. The showcase will see Night Slugs co-chiefs Bok Bok and L-Vis 1990 playing back to back alongside label regulars in Jam City and Girl Unit, and a special guest in the shape of Panorama Bar regular Soundstream.

For a chance to win the aforementioned prizes, simply email the answer to the following question to competitions@juno.co.uk with the subject heading ‘Night Slugs’: who was responsible for the first Night Slugs white label 12″ release? The competition closes at midday (UK time) on Monday, December 3. The winner and runner-up will be picked and random and notified via email soon after.