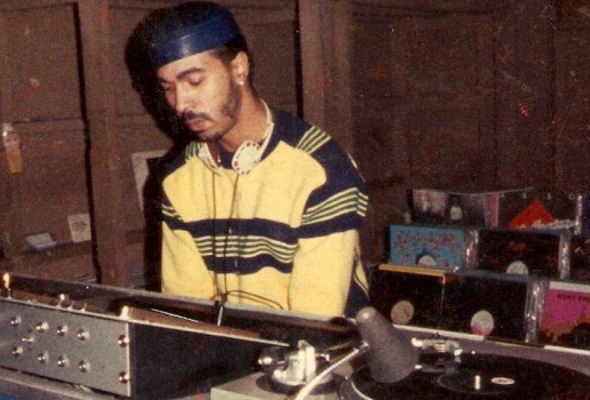 Rush Hour have announced the forthcoming 12″ release of two Muzic Box rarities, and have dropped a sizeable hint that it’ll be the first part of a retrospective telling the story of feted DJ Ron Hardy and the Chicago nightclub he presided over.

The ever busy Spuistraat operation have a two track 12″ on the horizon brandishing the most intriguing of titles and the promise it’s the prelude to some very nice things ahead. Entitled Robert Williams And Ron Hardy Present: The Music Box (A Portrait Of The Party At The Dawn Of House 1983 – 87), it opens our minds to the not so extreme possibility that Rush Hour have turned to former Muzic Box owner Robert Williams to help document some of the seminal musical moments that the sadly departed Ron Hardy treated the club’s faithful to over this period in some form. The music Ron Hardy played and made via his own ahead of their times have been covered via numerous outlets already, from the official Partehardy label overseen by his nephew Bill Hardy to the illicit RDY 12″ series.

Returning to the facts in hand, the two track Rush Hour 12″ itself is exciting enough, featuring a Derrick May edit of Hardy staple “Let No Man Put Us Under” produced in the late 1980s, which the Detroit techno originator was inspired to make after several trips to the Muzic Box. Never before released, the edit appears on this 12″ having been recorded straight from the one acetate it existed on, and is a fascinating document that marks the direct influence of one American city’s musical heritage on another. Complementing this, the B Side features “Sound Drome”, a 13 minute plus track from Ron Hardy’s close friend Gene Hunt who of course was the subject of a Rush Hour release with last year’s compilation Gene Hunt ‎Presents Chicago Dance Tracks.

No word on a release date for the 12″ but expect more details on this release when it emerges. 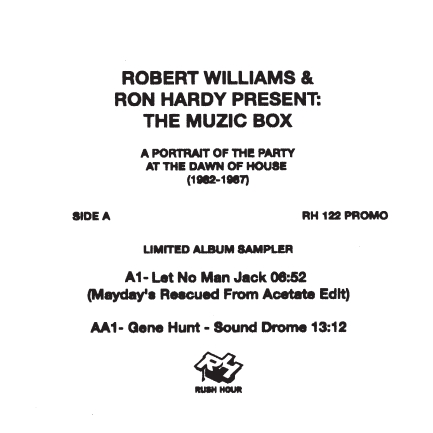