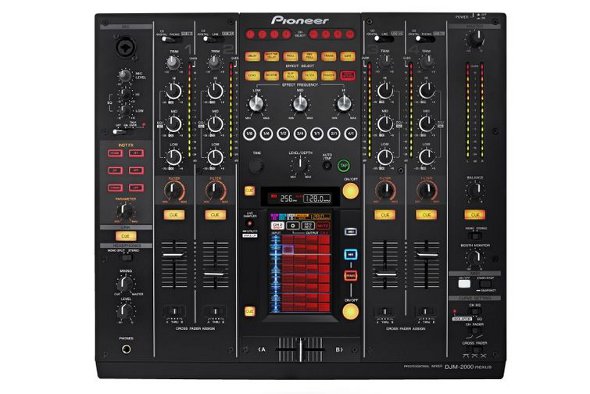 Pioneer have announced the latest addition to their DJM line of mixers, the DJM-2000Nexus.

The new mixer is an updated version of the DJM-2000 four channel mixer, and follows the recent release of the CDJ-2000Nexus CD deck, the natural successor to the CDJ-2000. The DJM-2000Nexus boasts a new Sync Master function, which allows DJs to control the master BPM from the mixer.

Users will also be able to link up multiple CDJs using Pioneer’s ProDJ Link over a LAN connection so that one USB device, SD card or laptop can be accessed using multiple decks via the rekordbox software. The new mixer also has six Ethernet ports that allow you to connect up to four ProDJ Link enabled CDJs and two laptops without having to reroute the entire unit.  The multi-touch screen that was a feature of the DJM-2000 is still in place, with its 5.8 inch LCD interactive display. The Sync-able Beat FX and Inst FX that featured on the DJM-2000 are carried over into the new machine, along with the introduction of a peak limiter.

The DJM-2000Nexus will retail for 2,299 Euros and is set to hit the shelves later this month. Get an idea of what to expect via the introductory video below.